On Cisco CallManager systems, Microsoft SQL 2000 Enterprise databases are used to store system and device configuration as well as call detail records (CDRs). To maintain data consistency throughout the cluster, the publisher database server uses one-way, or unidirectional, replication to each subscriber. All information is stored on one server (the publisher server) and replicated to the other servers (subscriber servers) in the cluster. Replicating the SQL database is a core function inside Cisco CallManager clusters.

In addition, the publisher occasionally acts as a backup CallManager service for the configuration. This configuration is typically used only in smaller clusters.

Two tools are used to maintain the Cisco CallManager database services and are based on Microsoft SQL Server 2000:

In many cases, the reason for a broken database connection is publisher downtime. For example, administrators might take the publisher off the network to perform a software upgrade and restore it later. After reloading a Cisco CallManager publisher server, verify the database connection. A broken connection would not cause any obvious problem in system activity. Usually, users become aware of a broken connection only if the publisher becomes unresponsive again and any system changes are lost. For example, call forwarding instructions that are months out of date are active or newly added phones are unavailable when they failover to a subscriber server. Failures of the Extension Mobility functionality might also point to a broken publisher connection.

When you are troubleshooting Cisco CallManager SQL databases, it is beneficial to use both tools together. 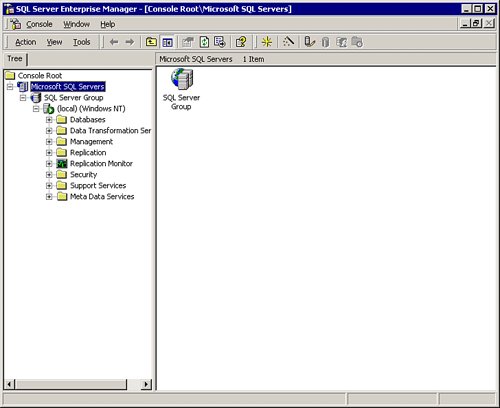 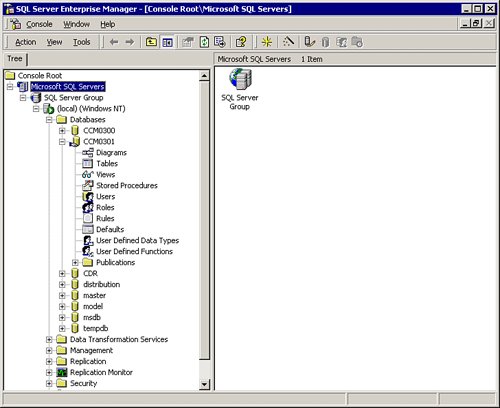 In Figure 30-3, DBLHelper shows two different states of Cisco CallManager Microsoft SQL Server 2000 databases. On the left, running DBLHelper.exe found that the replication was working. This status is depicted by the two green smiley face icons. On the right, a red (lower) sad face icon indicates that databases are out of synchronization. In this case, database connections need to be reestablished. Clicking the Republish button deletes the current subscription and re-creates it. Clicking the Reinitialize button reinitializes all subscriptions and starts the snapshot agent. It also begins an attempt to rebuild the subscription with the current database. To get more information about the current tab, click the Help button, which shows some additional information.

If there is more than one subscriber and only one has a broken database connection, use the Republish button to republish only the broken connection. If you use the Reinitialize button, all subscriptions will be reinitialized, which could cause a long system outage.