PKI enrollment is the process of adding a PKI user (such as a person, a device, or an application) to the PKI. The enrollment is done in the following way:

The enrollment procedure is the initial step of establishing trust between a user and the CA. If the process is executed over an untrusted network, it would be vulnerable to man-in-the-middle attacks. Therefore, it has to be secured in such cases.

To mitigate the risk of interception and key substitution during enrollment, the enrollment procedure needs to incorporate two out-of-band authentication procedures:

This can be done by out-of-band exchange of fingerprints of the messages (certificates). If the out-of-band received fingerprint matches the fingerprint of the received message, the message is authentic. However, if the enrollment is completed over a secure network, where interception is not possible, those security procedures might be relaxed or omitted completely. 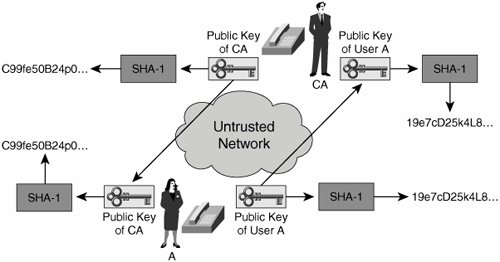