White box testing is more than code testing—it is path testing. Generally, the paths that are tested are within a module (unit testing). But we can apply the same techniques to test paths between modules within subsystems, between subsystems within systems, and even between entire systems. 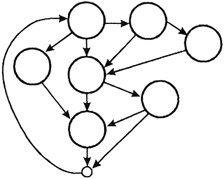 Second, the test cases chosen may not detect data sensitivity errors. For example:

may execute correctly except when r=0.

Third, white box testing assumes the control flow is correct (or very close to correct). Since the tests are based on the existing paths, nonexistent paths cannot be discovered through white box testing.

Fourth, the tester must have the programming skills to understand and evaluate the software under test. Unfortunately, many testers today do not have this background.

When using white box testing, the tester can be sure that every path through the software under test has been identified and tested.