Holly had reached the age and level of maturity to comprehend the emotional nuances of Thomas Wolfe's assertion "you can't go home again," but in her case it was even more poignant because there was no home to return to: her parents had separated, sold the house, euthanized Bowser, and disowned Holly for dropping out of high school to marry that 43-year-old manager of Trailer Town in Idaho—and even their trailer wasn't a place she could call home because it was only a summer sublet.

Almost every programmer has made this type of mistake:

The mistake is referencing the value of a variable without first assigning a value to it. Naive developers unconsciously assume that the language compiler or run-time system will set all variables to zero, blanks, TRUE, 42, or whatever they require later in the program. A simple C program that illustrates this defect is:

The value printed will be whatever value was "left over" in the memory location to which x has been assigned, not necessarily what the programmer wanted or expected.

Data flow testing is a powerful tool to detect just such errors. Rapps and Weyuker, popularizers of this approach, wrote, "It is our belief that, just as one would not feel confident about a program without executing every statement in it as part of some test, one should not feel confident about a program without having seen the effect of using the value produced by each and every computation."

Variables that contain data values have a defined life cycle. They are created, they are used, and they are killed (destroyed). In some programming languages (FORTRAN and BASIC, for example) creation and destruction are automatic. A variable is created the first time it is assigned a value and destroyed when the program exits.

In other languages (like C, C++, and Java) the creation is formal. Variables are declared by statements such as:

These declarations generally occur within a block of code beginning with an opening brace { and ending with a closing brace }. Variables defined within a block are created when their definitions are executed and are automatically destroyed at the end of a block. This is called the "scope" of the variable. For example:

Variables can be used in computation (a=b+1). They can also be used in conditionals (if (a>42)). In both uses it is equally important that the variable has been assigned a value before it is used.

Three possibilities exist for the first occurrence of a variable through a program path:

A data flow graph is similar to a control flow graph in that it shows the processing flow through a module. In addition, it details the definition, use, and destruction of each of the module's variables. We will construct these diagrams and verify that the define-use-kill patterns are appropriate. First, we will perform a static test of the diagram. By "static" we mean we examine the diagram (formally through inspections or informally through look-sees). Second, we perform dynamic tests on the module. By "dynamic" we mean we construct and execute test cases. Let's begin with the static testing.

The following control flow diagram has been annotated with define-use-kill information for each of the variables used in the module. 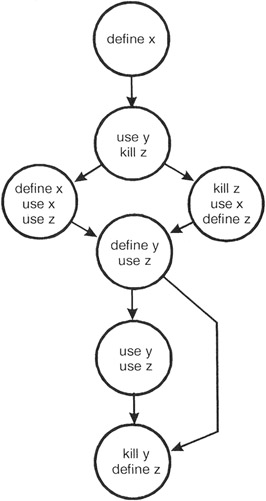 Figure 11-1: The control flow diagram annotated with define-use-kill information for each of the module's variables.

For each variable within the module we will examine define-use-kill patterns along the control flow paths. Consider variable x as we traverse the left and then the right path: 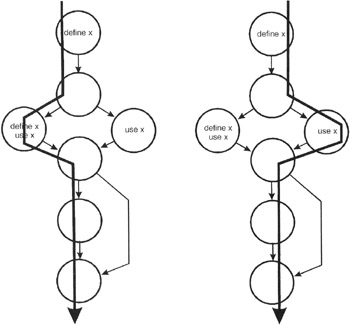 Figure 11-2: The control flow diagram annotated with define-use-kill information for the x variable.

The define-use-kill patterns for x (taken in pairs as we follow the paths) are:

Now for variable y. Note that the first branch in the module has no impact on the y variable.

Figure 11-3: The control flow diagram annotated with define-use-kill information for the y variable.

The define-use-kill patterns for y (taken in pairs as we follow the paths) are: 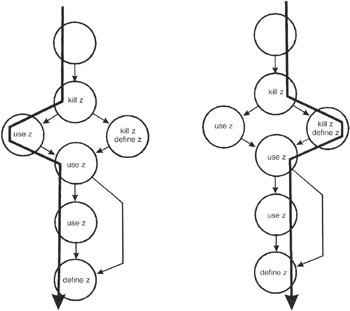 Figure 11-4: The control flow diagram annotated with define-use-kill information for the z variable.

The define-use-kill patterns (taken in pairs as we follow the paths) are:

In performing a static analysis on this data flow model the following problems have been discovered:

Unfortunately, while static testing can detect many data flow errors, it cannot find them all. Consider the following situations:

For this reason, we now turn to dynamic data flow testing.

To do this, enumerate the paths through the module. This is done using the same approach as in control flow testing: Begin at the module's entry point, take the leftmost path through the module to its exit. Return to the beginning and vary the first branching condition. Follow that path to the exit. Return to the beginning and vary the second branching condition, then the third, and so on until all the paths are listed. Then, for every variable, create at least one test case to cover every define-use pair.