Colonel Cleatus Yorbville had been one seriously bored astronaut for the first few months of his diplomatic mission on the third planet of the Frangelicus XIV system, but all that had changed on the day he'd discovered that his tiny, multipedal and infinitely hospitable alien hosts were not only edible but tasted remarkably like that stuff that's left on the pan after you've made cinnamon buns and burned them a little.

State-Transition diagrams, like decision tables, are another excellent tool to capture certain types of system requirements and to document internal system design. These diagrams document the events that come into and are processed by a system as well as the system's responses. Unlike decision tables, they specify very little in terms of processing rules. When a system must remember something about what has happened before or when valid and invalid orders of operations exist, state-transition diagrams are excellent tools to record this information.

These diagrams are also vital tools in the tester's personal toolbox. Unfortunately, many analysts, designers, programmers, and testers are not familiar with this technique. 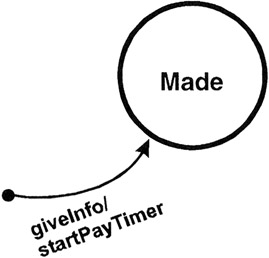 Figure 7-1: The Reservation is Made.

The circle represents one state of the Reservation—in this case the Made state. The arrow shows the transition into the Made state. The description on the arrow, giveInfo, is an event that comes into the system from the outside world. The command after the "/" denotes an action of the system; in this case startPayTimer. The black dot indicates the starting point of the diagram. 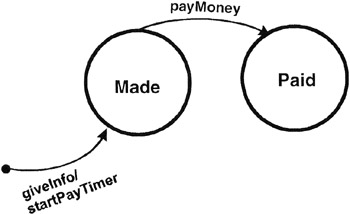 Figure 7-2: The Reservation transitions to the Paid state.

Before we proceed let's define the terms more formally:

Figure 7-3: The Reservation transitions to the Ticketed state.

From the Ticketed state we giveTicket to the gate agent to board the plane. 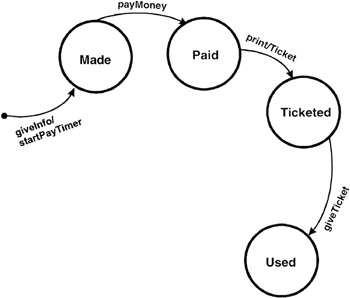 Figure 7-4: The Reservation transitions to the Used state.

After some other action or period of time, not indicated on this diagram, the state-transition path ends at the bulls-eye symbol. 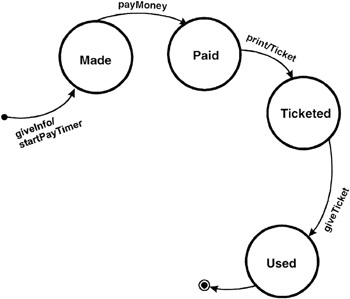 Does this diagram show all the possible states, events, and transitions in the life of a Reservation? No. If the Reservation is not paid for in the time allotted (the PayTimer expires), it is cancelled for non-payment. 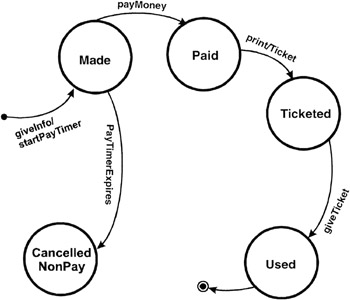 Figure 7-6: The PayTimer expires and the Reservation is cancelled for nonpayment.

Finished yet? No. Customers sometimes cancel their reservations. From the Made state the customer (through the reservation agent) asks to cancel the Reservation. A new state, Cancelled By Customer, is required. 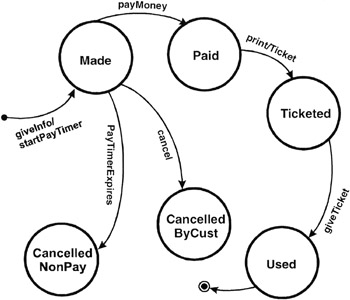 Figure 7-7: Cancel the Reservation from the Made state.

In addition, a Reservation can be cancelled from the Paid state. In this case a Refund should be generated and leave the system. The resulting state again is Cancelled By Customer. 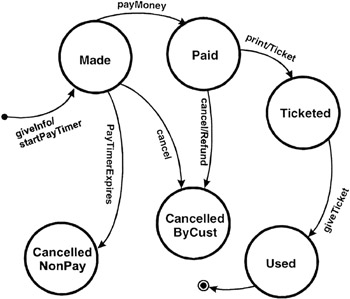 Figure 7-8: Cancellation from the Paid state.

One final addition. From the Ticketed state the customer can cancel the Reservation. In that case a Refund should be generated and the next state should be Cancelled by Customer. But this is not sufficient. The airline will generate a refund but only when it receives the printed Ticket from the customer. This introduces one new notational element—square brackets [] that contain a conditional that can be evaluated either True or False. This conditional acts as a guard allowing the transition only if the condition is true. 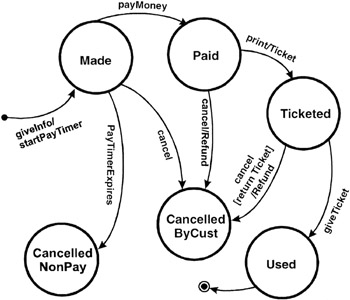 Figure 7-9: Cancellation from the Ticketed state.

Note that the diagram is still incomplete. No arrows and bulls-eyes emerge from the Cancelled states. Perhaps we could reinstate a reservation from the Cancelled NonPay state. We could continue expanding the diagram to include seat selection, flight cancellation, and other significant events affecting the reservation but this is sufficient to illustrate the technique.

Using a state-transition table can help detect defects in implementation that enable invalid paths from one state to another. The disadvantage of such tables is that they become very large very quickly as the number of states and events increases. In addition, the tables are generally sparse; that is, most of the cells are empty.

Information in the state-transition diagrams can easily be used to create test cases. Four different levels of coverage can be defined:

Test cases can also be read directly from the state-transition table. The gray rows in the following table show all the valid transitions.

In addition, depending on the system risk, you may want to create test cases for some or all of the invalid state/event pairs to make sure the system has not implemented invalid paths.

State-Transition diagrams are excellent tools to capture certain system requirements, namely those that describe states and their associated transitions. These diagrams then can be used to direct our testing efforts by identifying the states, events, and transitions that should be tested.

State-Transition diagrams are not applicable when the system has no state or does not need to respond to real-time events from outside of the system. An example is a payroll program that reads an employee's time record, computes pay, subtracts deductions, saves the record, prints a paycheck, and repeats the process. 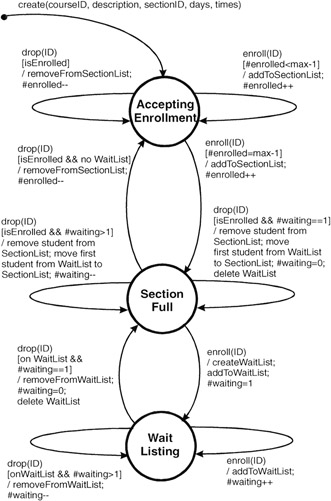 Figure 7-13: State-transition diagram for enroll and drop a course at Stateless U.