John Stevenson lives in Vancouver with his wife Cindy and their two kids Shawn and Cassie, who are the second cousins of Mary Shaw, who is married to Richard Shaw, whose grandmother was Stewart Werthington's housekeeper, whose kids Damien and Charlie went to the Mansfield Christian School for Boys with Danny Robinson, whose sister Berta Robinson ran off with Chris Tanner, who rides a motorcycle and greases his hair and their kid Christa used to go out with my pal Tom Slipper, who is the main character of this story, but not the narrator 'cause I am (Tommy couldn't write to save his life).

Mort Sahl, the brilliant social commentator of the 1960s, often began his act by dividing the world into the "right wing," the "left wing," and the "social democrats." The previous two chapters have described the right and left wings. Now it's time for the social democrats.

Scripted testing is based on the sequential examination of requirements, followed by the design and documentation of test cases, followed by the execution of those test cases. The scripted tester's motto is, "Plan your work, work your plan." Exploratory testing is a very different paradigm. Rather than a sequential approach, exploratory testing emphasizes concurrent product learning, test design, and test execution. The tester designs and executes tests while exploring the product.

Planning has been defined simply as "figuring out what to do next." Most of us would admit that to be effective and efficient, planning is important. But when and how should that planning be done? Scripted testing emphasizes the value of early test planning and design as a method of detecting requirements and design defects before the code is written and the system put into production. Exploratory testing challenges the idea that tests must be designed so very early in the project, when our knowledge is typically at its minimum. In his article, "Exploratory Testing and the Planning Myth," published on StickyMinds.com, James Bach discusses the planning of plays that are run in a football game. He examines when the plays can or should be planned. Let's consider this sport to learn more about planning.

But first, an apology or explanation. In this chapter the term "football" refers to the game of the same name as played in the United States and Canada and exported, with only marginal success, to the rest of the world. "Football" does not refer to that marvelous game played world-wide that North Americans call "soccer."

When are football plays planned? Our first thought might be in the huddle just before the play begins, but the following list shows more possibilities: 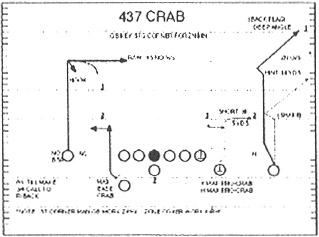 Adaptive planning is not an industry standard term. Other possible terms are:

Let's now leave football and consider software test planning. (While we'd rather stay and watch the game, we've got software to test.)

A reasonable planning heuristic would be:

Aside from these new labels, haven't good planners always done this? Is this concept really new?

A remarkable little book simply titled Planning, published by the United States Marine Corps in 1997, describes the concepts of adaptive planning in detail.

The Marine Corps defines planning as encompassing two basic functions—"envisioning a desired future and arranging a configuration of potential actions in time and space that will allow us to realize that future." But, to the Marines, planning is not something done early which then becomes cast in concrete. "We should think of planning as a learning process—as mental preparation which improves our understanding of a situation." Plans are not concrete either. "Since planning is an ongoing process, it is better to think of a plan as an interim product based on the information and understanding known at the moment and always subject to revision as new information and understanding emerge."

The authors of Planning list these planning pitfalls to avoid:

Adaptive planning, as described above, acknowledges and deals with these pitfalls.

The following excerpt from Planning summarizes these concepts well: