The field of statistics is typically divided into two areas of study:

Parameters are terms used to describe the key characteristics of a population.

In most cases, the data used in process improvement is a sample (a subset) taken from a population..

In general mathematics as well as in statistics, capital Greek letters are also used. These big letters serve as "operators" in equations, telling us what mathematical calculation to perform. In this book, you'll see a "capital sigma" in many equations:

∑ (capital sigma) indicates that the values should be added together (summing)

The mean is the arithmetic average of a set of data.

The median is the midpoint of a ranked order set of data.

The mode of a set of data is the most frequently observed value(s). 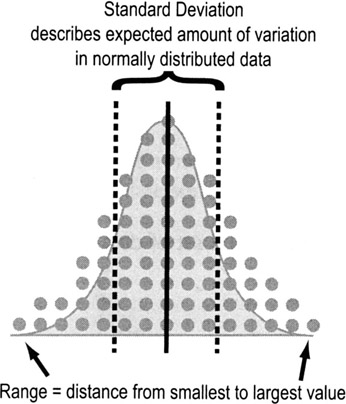 Range is the difference between the largest and smallest values in a data set.

Variance tells you how far off the data values are from the mean overall.

Note that the equation above follows statistical conventions (p. 105) for describing sample statistics. Variance for a population uses a sigma as shown here.

Though more people are familiar with standard deviation (see below), variance has one big advantage: it is additive while standard deviations are not. That means, for example, that the total variance for a process can be determined by adding together the variances for all the process steps.

A drawback to using variance is that it is not in the same units of measure as the data points. Ex: for cycle times, the variance would be in units of "minutes squared," which doesn't make logical sense.

Think of standard deviation as the "average distance from each data point to the mean." Calculate the standard deviation for a sample or population by doing the same steps as for the variance, then simply taking the square root. Here's how the equation would look for the 10 ages listed on the previous page:

Just as with variance, the standard deviation of a population is denoted with sigma instead of "s", as shown here: 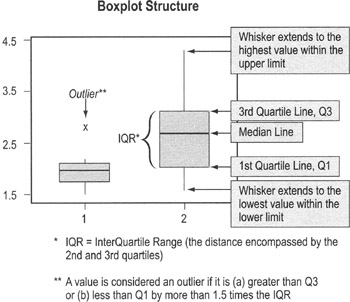 When to use frequency plots

Though they all basically do the same thing, there are several different types of frequency plots you may encounter:

How to create a histogram

Histograms and dot plots tell you about the underlying distribution of the data, which in turn tells you what kind of statistical tests you can perform and also point out potential improvement opportunities. 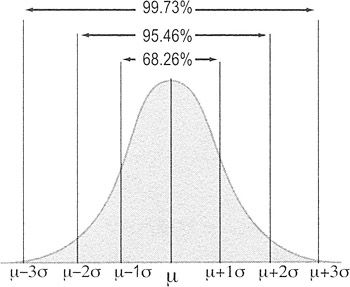 To use these probabilities, your data must be random, independent, and normally distributed.

Regardless of the shape of the parent population, the distribution of the means calculated from samples quickly approaches the normal distribution as shown below: 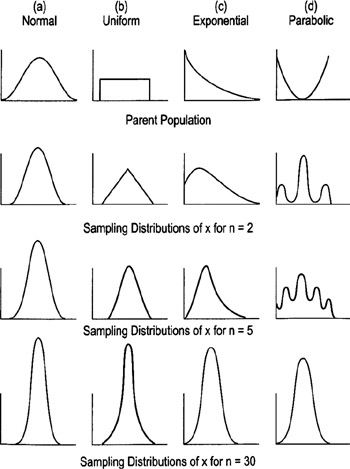