The Cisco CallManager Serviceability CAR tool, formerly known as Administrative Reporting Tool (ART), generates reports of information for quality of service (QoS), traffic, user call volume, billing, and gateways. The CAR tool generates reports in either Portable Document Format (PDF) or Comma-Separated Values (CSV) format. The PDF format limits the number of records in the CAR reports to 5000, and CSV format limits the number of records to 20,000. If the number of records exceeds these limits, a message warns that the results are truncated. To avoid truncating reports, reduce the date range and regenerate the reports.

CAR is not installed during the standard Cisco CallManager installation and must be added separately. 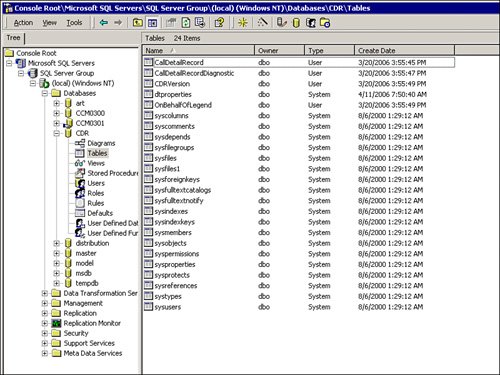 CAR has a distinct management interface from the Cisco CallManager Administration and Serviceability web pages, as shown in Figure 33-2. The available menus in CAR depend on the level of the user authenticating to the system. CAR provides reporting capabilities for three levels of users: 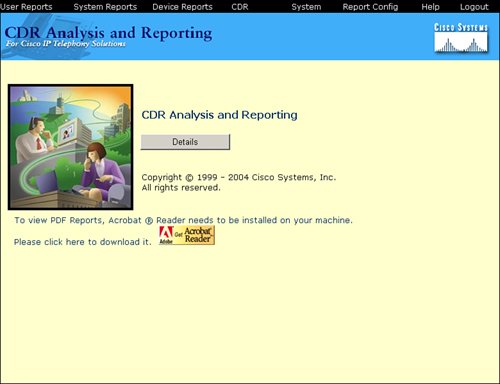 There are three report types available in CAR:

The administrator can generate all types of reports: user reports, system reports, and device reports. Managers can generate only parts of the user and system reports, such as billing, Top N, and QoS reports, and only for employees who report directly or indirectly to the manager. Users can check only their own bills in general or in detail, and send the report by e-mail. Table 33-1 summarizes these rights.