Performance counters reflect the performance data of Cisco CallManager. A counter is a variable whose name is stored in the Registry. Each counter is related to a specific area of system functionality. Examples include busy time of the processor, memory usage, and the number of bytes received over a network connection. Each counter is uniquely identified through its name and its path or location. In the same way that a file path includes drives, directories, subdirectories, and filenames, a counter path consists of four elements: the machine, the object (for example, processor or IP), the object instance (type of counter value; for example, interrupt), and the counter name (special counter itself).

Performance counters are ideal for administrators for system maintenance, analysis, and troubleshooting tasks:

All performance counter values are based on system events and utilization information provided by the Microsoft Windows 2000 platform. 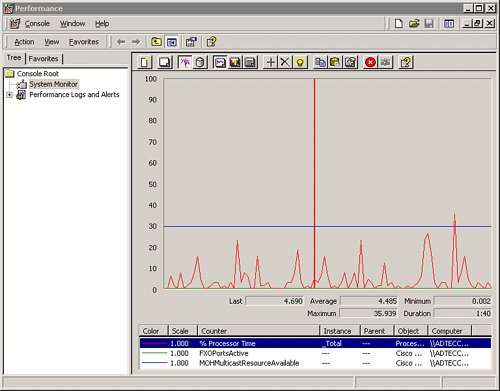 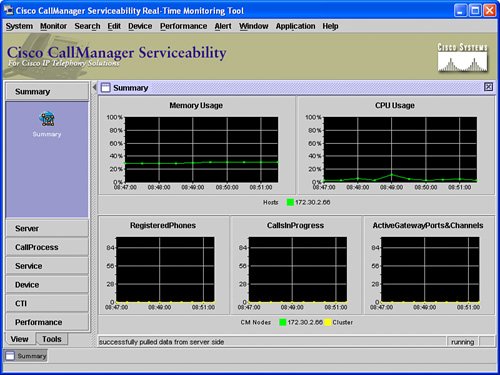