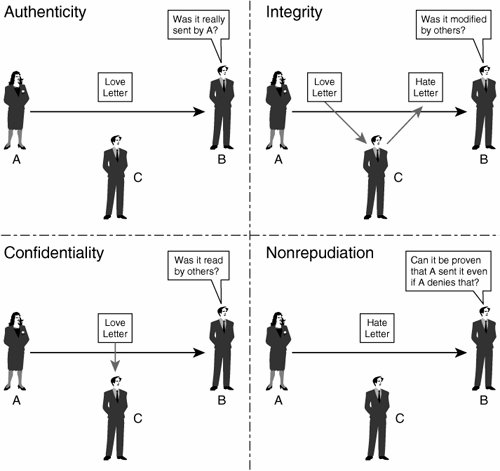 These scenarios are possible:

An example for authenticity versus nonrepudiation is data exchange between two computers of the same company versus data exchange between a customer and a web shop. When the two computers do not have to prove to others which of them sent a message, but just need to make sure that whatever was received by one was sent by the other, the two computers can share the same way of transforming their messages. This practice is not acceptable in business applications such as a web shop. If the web shop knows how a customer transforms messages to prove authenticity of the source, the web shop could easily fake "authentic" orders. Therefore, in such a scenario, the sender must be the only party having the knowledge how to transform messages. Then, the web shop can prove to others that the order must have been sent by the customer. The customer could not argue that the order was faked by the web shop when the web shop does not know how to transform the messages from the customer to make them authentic.

There are various ways to create the verification data, the most common being Hash-based Message Authentication Code (HMAC) or digital signatures.

Desirable features of an encryption algorithm are as follows: