In Cisco CallManager Administration, numerous configuration elements are referenced by other elements (for example, a route pattern refers to a route list, which refers to a route group, which refers to a gateway). In many cases, you cannot delete such elements if they are currently referenced elsewhere in the system. It can be difficult and time consuming to find out which configuration element is referencing the element that you are trying to delete. The mechanism that allows you to determine, delete, change, or modify a record in Cisco CallManager is called dependency records. Dependency records help you to determine which records in the Cisco CallManager database use other records. For example, which devices (such as computer telephony integration [CTI] route points or IP phones) use a particular calling search space? 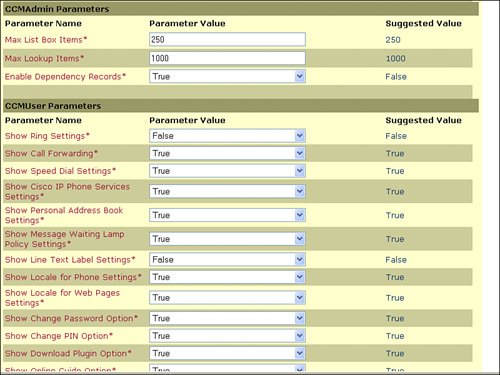 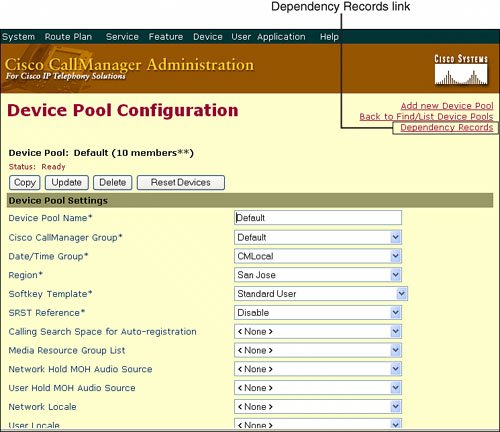 After you click the dependency records link in an administration window, you will see a list of all records that refer to the item that you selected, as shown in Figure 34-6. This list is in summary style and shows the depending records only by type and number. You can click an entry of the summary list to view the detailed list of dependent records. You can click a single device in the dependency records detail window to go to the configuration window of the device. To return to the original configuration window, click the Back to link. 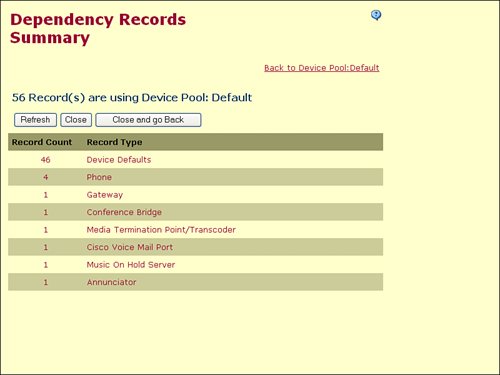 Three buttons are available in the Dependency Records Summary window: