Just as architects design buildings by employing the collective wisdom of their profession, so should programmers design programs. Our field is younger than architecture is, and our collective wisdom is considerably sparser. We have learned that structured programming produces programs that are easier than unstructured programs to understand, test, debug, modify, and even prove correct in a mathematical sense.

(This item is displayed on page 218 in the print version) 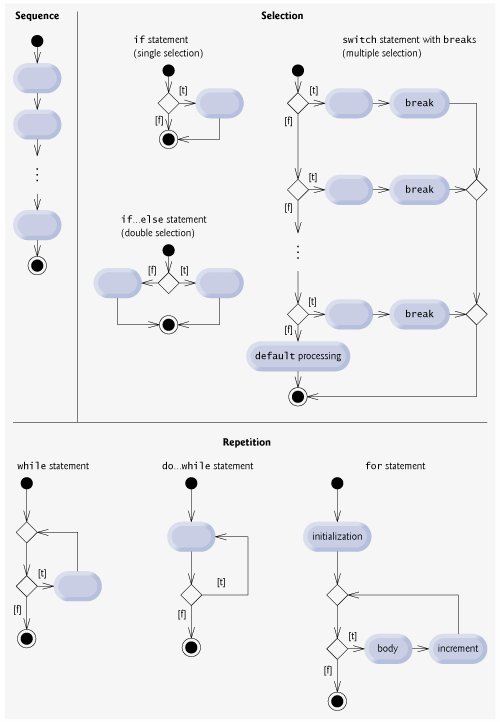 Figure 5.21 shows the rules for forming structured programs. The rules assume that action states may be used to indicate any action. The rules also assume that we begin with the so-called simplest activity diagram (Fig. 5.22), consisting of only an initial state, an action state, a final state and transition arrows.

(This item is displayed on page 219 in the print version) 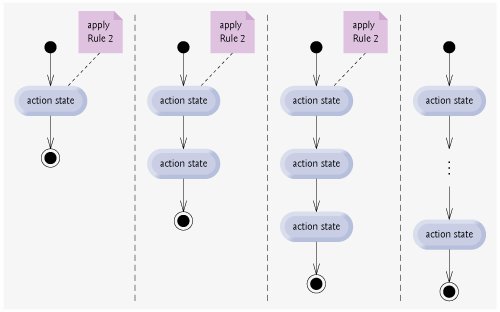 (This item is displayed on page 220 in the print version) 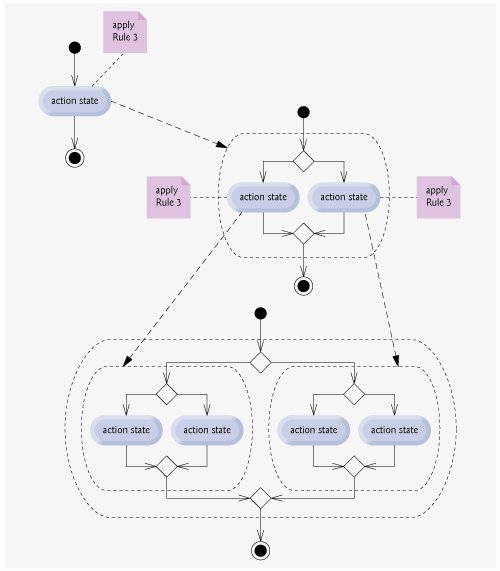 Rule 4 generates larger, more involved and more deeply nested statements. The diagrams that emerge from applying the rules in Fig. 5.21 constitute the set of all possible activity diagrams and hence the set of all possible structured programs. The beauty of the structured approach is that we use only seven simple single-entry/single-exit control statements and assemble them in only two simple ways.

(This item is displayed on page 222 in the print version)

Structured programming promotes simplicity. Böhm and Jacopini have given us the result that only three forms of control are needed:

The sequence structure is trivial. Simply list the statements to execute in the order in which they should execute.

Selection is implemented in one of three ways:

It is straightforward to prove that the simple if statement is sufficient to provide any form of selectioneverything that can be done with the if...else statement and the switch statement can be implemented (although perhaps not as clearly and efficiently) by combining if statements.

Repetition is implemented in one of three ways:

Combining these results illustrates that any form of control ever needed in a C++ program can be expressed in terms of the following:

and that these control statements can be combined in only two waysstacking and nesting. Indeed, structured programming promotes simplicity.