At any time, a thread is said to be in one of several thread states that are illustrated in the UML state diagram in Fig. 23.1. A few of the terms in the diagram are defined in later sections. 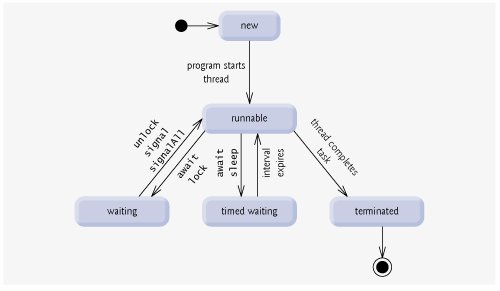 A runnable thread enters the terminated state when it completes its task or otherwise terminates (perhaps due to an error condition). In the UML state diagram in Fig. 23.1, the terminated state is followed by the UML final state (the bull's-eye symbol) to indicate the end of the state transitions.