Line 8 declares and initializes control variable counter. Upon entering the do...while statement, line 12 outputs counter's value and line 13 increments counter. Then the program evaluates the loop-continuation test at the bottom of the loop (line 14). If the condition is true, the loop continues from the first body statement in the do...while (line 12). If the condition is false, the loop terminates and the program continues with the next statement after the loop.

do
statement
while ( condition );

which can be confusing. A reader may misinterpret the last linewhile( condition );as a while statement containing an empty statement (the semicolon by itself). Thus, the do...while statement with one body statement is usually written as follows: 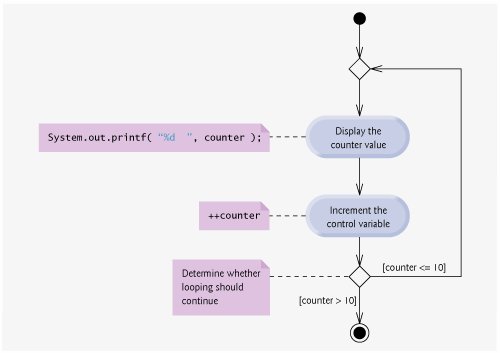