The Fibonacci series may be defined recursively as follows:

(This item is displayed on page 751 in the print version)

The call to method fibonacci (line 19 of Fig. 15.5) from displayFibonacci is not a recursive call, but all subsequent calls to fibonacci performed from the body of fibonacci (line 12 of Fig. 15.5) are recursive, because at that point the calls are initiated by method fibonacci itself. Each time fibonacci is called, it immediately tests for the base casesnumber equal to 0 or number equal to 1 (line 9). If this condition is true, fibonacci simply returns number because fibonacci( 0 ) is 0, and fibonacci( 1 ) is 1. Interestingly, if number is greater than 1, the recursion step generates two recursive calls (line 12), each for a slightly simpler problem than the original call to fibonacci.

(This item is displayed on page 752 in the print version) 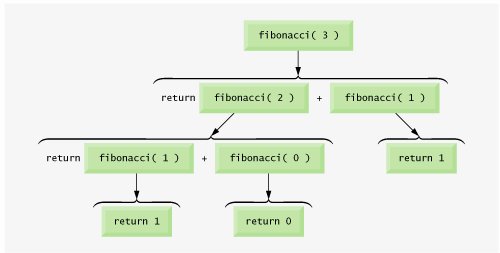 Figure 15.7 raises some interesting issues about the order in which Java compilers evaluate the operands of operators. This order is different from the order in which operators are applied to their operandsnamely, the order dictated by the rules of operator precedence. From Figure 15.7, it appears that while fibonacci( 3 ) is being evaluated, two recursive calls will be madefibonacci( 2 ) and fibonacci( 1 ). But in what order will these calls be made? The Java language specifies that the order of evaluation of the operands is from left to right. Thus, the call fibonacci( 2 ) is made first and the call fibonacci( 1 ) is made second.