In addition to the various communications, audio, video, lighting, Heating, Ventilating, Air Conditioning (HVAC), and security devices discussed in this book, there are several other home technology devices that can also be integrated into a home system. While some or all of these devices may seem frivolous at first, remember that so did television, computers, and even electric can openers at one time. The devices discussed in this chapter are included to demonstrate the ever-expanding world of home automation.

This chapter is a bit different from other chapters in this book in that it doesn’t contain a summary. In many ways, the products, services, and devices described in this chapter provide insight to technologies of the future. While all of the products included in the chapter exist today, they also indicate what is yet to come in the area of home systems and home automation.

As the depth of television monitors continues to become shallower and shallower, it is now possible to conceal the TV and other AV devices inside furniture quality cabinets. The ability to retract AV equipment into a cabinet, or even the wall or ceiling, can add to a room’s dcor because this equipment isn’t visible when it isn’t in use. Specialized automated cabinetry and systems, including speakers, source devices, and more, are also available for a wide-range of AV equipment.

Figure 42-1 shows a closed and an open view of an automated plasma TV cabinet and Figure 42-2 shows a projection screen that can be raised and lowered into a cabinet. Both of these products can be opened or closed remotely using a relay control connection on a home automation controller, power line control (PLC) signals, or an infrared (IR) remote control. 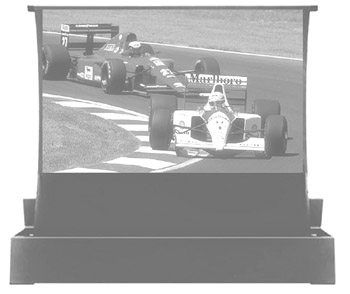 Figure 42-2: A lift raises and lowers a projection screen from a cabinet

A variety of motorized products are available that can be added to a home theater or AV area to enhance its convenience and performance. Motorized screens, lifts, and windows (see “Automated Windows” later in the chapter) can be used to hide away screens and projectors when they’re not in use and to darken or lighten a room as needed.

Although they have been more common in boardrooms and classrooms in the past, motorized screens can add to the aesthetics of a home theater or video viewing area by hiding away the screen when it is not in use. Various models of motorized screens are available that can be mounted on a wall or the ceiling, or be recessed into the ceiling.

Wall mounted or ceiling mounted motorized screens, like the one shown in Figure 42-3, require only on/off control, either through a hardwire connection to a toggle switch, a PLC control, or an IR or radio frequency (RF) remote control module. The screen retracts into a housing that is either directly mounted to the wall or ceiling or is suspended by chains. 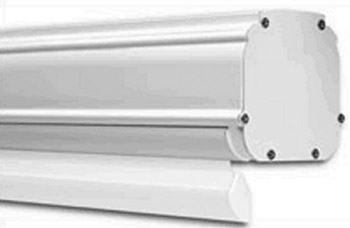 Figure 42-3: A motorized wall-mount projection screen is retracted into its housing when it’s not in use.

If the homeowner wishes to completely hide the screen and its housing when it is not in use, a recessed ceiling-mounted screen (see Figure 42-4) is what is needed. This type of screen is mounted above the ceiling with a large slit hole provided for the screen to descend from and retract into. Some models are completely self-contained and others require some trim work around the screen slit. 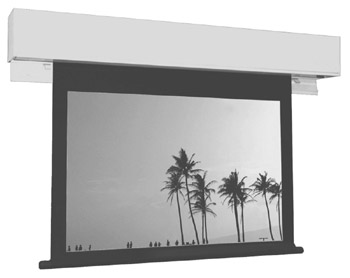 Figure 42-4: A motorized recessed ceiling mounted projection screen is hidden away when it’s not in use.

Self-contained units typically include an enclosure cover that opens when the screen is lowered and closes when the screen has been completely retracted. This helps to blend the screen and its housing into the room and may even enhance its aesthetics.

The projection screen is not the only piece of AV equipment that can be hidden from view when it’s not in use. Motorized lifts are available for virtually any object that the homeowner wishes to hide away when the item is not in use.

A variety of motorized lifts are available: ceiling drop-downs, console or kiosk lifts, and lifts that don’t actually lift, but slide side-to-side out of a wall. Figure 42-5 shows two of the more popular lift styles. As I discussed earlier in the chapter, motorized lifts can also be used for other devices as well. 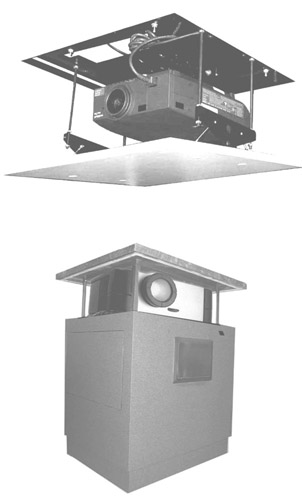 Although they’ve been common in commercial buildings for some time, automated fan systems are becoming available for residential use as well. These systems can be found in commercial greenhouses, grain elevators, and other large structures where they are used to provide automatic aeration, airflow, or exhaust application.

In residential applications, any number of sensors can be used to activate automated fans, but the most common are temperature sensors and carbon monoxide (CO) or smoke detectors. Typically placed in attics or below the roof spaces of a home, an automated fan can be activated to supply airflow in or out when the temperature reaches a certain air temperature, either in the same area or outside the home. When it’s used with a CO or Radon detector, an automated fan can be used to exhaust gas fumes whenever they are detected.

An automated fan can also be used in parts of a home that may not be included on the home’s Heating, Ventilating, Air Conditioning (HVAC) system, such as a garage or storage space.

Many newer homes now include one or more skylights to supply natural sunlight into the home. However, there are occasions when the sun is directly over a skylight and too much light (or heat) can enter the home.

Another way to control the light and heat passing through a skylight is to apply an automatic window treatment to the inside of the fixture. Several types of motorized shading systems are available, with pleated or cellular shades or blinds being the most common. An automated shading system (see Figure 42-6) controls the amount of sunlight entering through a skylight. 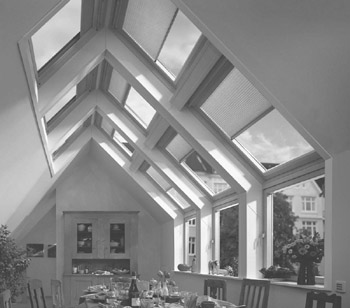 Figure 42-6: A skylight shading system is used to control the amount of light coming into a home.

Photo courtesy of the Velux Group.

A motorized track system is installed on the sides of the skylight or window that includes either an alternating current (AC) or a direct current (DC) motor in the head rail to open or close the shade. The shading system can also be independently linked to a light sensor, temperature sensor, or a home control system to which a sensor is connected. The sensor or the control system can then be used to limit the amount of light (and corresponding heat) that enters through the skylight. The operation of the shading system can be controlled using PLC signals, a handheld IR remote control, or a relay control on a home automation controller.

An automated window system or an automatic opening ventilation system can be used for room ventilation in everyday use or in the case of an emergency.

Automatic opening ventilation (AOV) systems can include motorized window systems and automated fans that are used to open, close, and, if necessary, secure windows and provide emergency situation exhaust ventilation for a home based on the situation and the programming configured on the system controller. Most AOV systems require a dedicated control cabinet that can be connected to a home system controller or a security system controller through a relay. AOV systems are designed to interface with glass break panels, smoke detectors, wind and rain sensors, wall switches, and fire sensors and alarm systems, either directly or through a control system.

In the category of devices that are either cutting edge or just plain frivolous are a few home innovations that could be integrated into a home, but typically only at the homeowners’ request. For the sake of completely representing the “state-of-the-art,” I’ve included such devices in the following sections.

With the development of flat plasma and liquid crystal display (LCD) high-definition television and video display devices, comes the digital picture frames, also called digital art displays. Basically, these devices are thin, flat screen displays that can be mounted on a wall (see Figure 42-7) much like a painting or photograph (see Figure 42-8). However, unlike a static painting or photo, digital picture frames are electrically powered and connected to a home network or directly to the Internet. 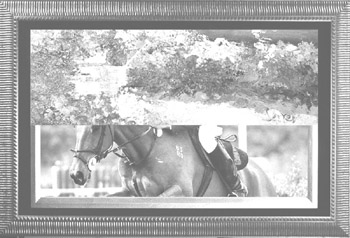 Figure 42-7: A digital art frame halfway through a image change

Figure 42-8: The front (left) and back (right) views of a digital picture frame. It looks like a standard picture frame but can connect to a network.

The image displayed on the screen can be virtually any digital graphic image the homeowner wishes, such as fine art, family photos, television, digital home movies, and so on. The image is transmitted to the digital picture frame from a computer on the home network or by an Internet service. Some digital picture frames also offer simple IR remote control and some can be integrated with motion detectors, Wiegand card or badge readers, and voice-control systems to allow the occupants of a room to choose the image displayed, or based on the information on the Wiegand card, customized to the occupant automatically.

A variety of products are available that allow downloaded audio and video content to be shared across a home network or distributed through the audio system. Stand-alone radios and monitors that play streaming AV from the Internet can be integrated into a home network to play music, radio broadcasts, live video broadcasts, and video on demand files downloaded from providers on the Internet.

There are literally thousands of Internet radio stations from around the world available and these devices expand the radio reception boundaries of a home to include stations from around the globe. Several video broadcast sites are available and more are coming online virtually everyday. Digital media and audio server devices designed specifically for the purpose of downloading, storing, and distributing downloaded media provide the best solution and management in a home network.

Internet radios and digital media or audio servers work on the same principle as audio and video broadcasts and streaming media. Digital media services relieve network computers of the processing required to reproduce the transmitted audio or video signals. This provides for better network performance and audio, video, or multimedia reproduction quality.

Figure 42-9: A digital audio server can be used to download audio content from the Internet for distributed playback over the home network.

Digital broadcast satellite (DBS) television has been around for some time now, but in the past few years, a new digital satellite media has emerged: digital audio radio service (DARS). DARS systems, such as XM Satellite Radio and Sirius Satellite Radio, use geostationary satellites (satellites that remain over a fixed portion of the Earth) to broadcast signals to earth station antennas using microwave S-band frequencies.

Both XM and Sirius will be broadcasting more than 100 commercial-free radio stations coast-to-coast in the United States in the near future. This means that a DARS subscriber traveling in a car can listen to the same radio station coast-to-coast, as well as at home. In addition to car radio adapters that convert a standard car radio into a DARS receiver, converters exist for home use. In fact, some models allow the receiver to move from the car to home and back. 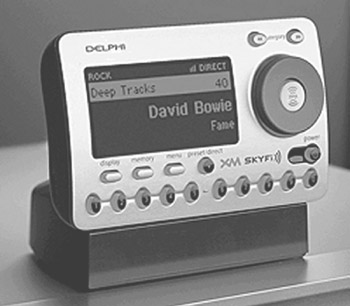 Figure 42-11: A DARS (satellite radio) receiver with a home use adapter

New Internet and network-ready products are continually being announced. Recent product announcements, typically at consumer electronics trade shows or at stockholder meetings, include: