Numerous studies have shown consistently that the homes with the most risk of crime typically have the least protection. And in a significant percentage of these homes, there is no protection or warning systems installed, beyond door locks and fencing, that is. Those homes that do have some type of protective system, commonly have some form of burglar alarm, but even this is only common in more expensive homes.

The type and technology of a residential security system should be fitted to the home, lifestyles, and the level of protection desired by the homeowners. In this chapter, we look at security system basics, including the various types of systems available, their components, the communications technologies they employ, and a few of the external services that can be used for monitoring.

A home security system provides protection at two levels: interior and perimeter. Interior protection includes the detection of, and an alarm for, events inside the home, including:

Perimeter protection provides detection of, and an alarm for, events such as:

Traditional security systems are “reactive” in that they react to an intruder and sound an alarm. This alarm usually scares the intruders away, warning them that they have been detected and that the local authorities are probably already on the way. But the alarm is in response to the intruder already being in the home and jeopardizes the safety of the occupants.

By integrating a security system with home control, the system can be “proactive” in that it will increase the safety of the occupants by lighting the way outside when the smoke alarm goes off or lighting the walkway when they arrive home late at night. It can deter the potential intruder from selecting the home to break into as the home can have the “lived-in look” when the homeowners are away.

The function of interior detection is to protect a home’s occupants and contents from intruders and keep them safe. The primary features of interior security include:

Many residential security systems come with a certain number of features and components, such as hard-wired systems with a control panel, an RJ-31x interface, multiple zone inputs, and a keypad controller and wireless systems that include a control panel, sounder (alarm), keypad, window or door contacts, and a remote control. Different manufacturers offer different systems, packaged with what they believe to be the most commonly used features, components, and devices. However, it is virtually impossible for a manufacturer or reseller to know exactly which features and devices a specific house requires for its security system installation. This is why most of the components needed are offered as options.

Residential security systems use two means to link their sensors, detectors, and alarms to the control unit: radio frequency (RF) signals and wire or cable runs. Wireless RF-based systems don’t require unit-to-unit wiring and typically provide the most flexibility during installation but do require ongoing maintenance because the detection devices operate on batteries. Hard-wired systems must be pre-planned so that the appropriate cabling can be installed during the pre-wire phase of a new construction or a remodeling project.

Hard-wired systems generally offer a better quality signal than a wireless system, provided the cabling used is installed to specification. However, as wireless technology continues to improve—for example, as a larger number of communication channels are added—wireless systems are proving to be much more reliable.

Another difference between wireless and hard-wired systems is the initial cost factors. Wired system components are generally less expensive than the wireless versions, but part of the cost savings realized with a hard-wired system is eaten up with the cost of the cabling and its installation. Over time, the wired system usually lasts longer because the components do not include the advanced technology that is present in wireless systems.

In many residential situations, a hard-wired security system has some advantage over a wireless one. A hard-wired system directly and physically connects the components of the system—the contacts, sensors, and so forth—to the main unit with a cable or wire. The primary benefit of the hard-wired approach is that unlike a wireless system, the hard-wired system is significantly less sensitive to electromagnetic and radio frequency interferences, especially if the system’s wiring was properly installed.

Hard-wired systems are made up of a main security control panel, like the one shown in Figure 31-4, which is connected to the system’s contacts, sensors, alarms, keypads, and other devices with home run wires. Understand that the illustration in Figure 31-4 is highly simplified and that the controller unit is typically centrally located with the devices wired into it attached to home run wiring and located throughout a home. 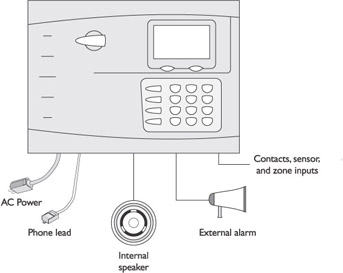 Figure 31-4: An illustration of the control panel and wiring leads of a hard-wired security system

Hard-wired systems are certainly easier to install during a new construction project, but they can also be retrofitted to a home provided there is open wire run space in an attic, basement, or crawl space.

Depending on how technically you define the term wireless, wireless security systems can be either completely wireless RF-based systems, powerline (PLC such as X-10) technology systems, or both.

Wireless security systems typically provide the same functions as hard-wired systems, especially with the expanded RF range (around 600 feet) of some newer products. Essentially, a wireless system requires only that a main control unit, like the one shown in Figure 31-5, be connected to an AC power source and the system is ready to use. Of course, sensors, detectors, and other devices need to be installed where appropriate, but these operate on self-contained batteries. The main benefit of a wireless system is that no wiring is required. 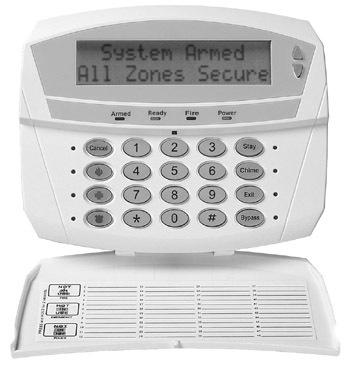 Figure 31-5: A wireless main unit needs only to be plugged in to activate the system

Wireless systems allow for flexibility when defining multiple wireless security zones and some systems can also be connected into an existing wired security system to extend the original system or replace the wired system control unit.

Some security systems can be programmed to call a phone number (residence, friend, cell phone) when the system goes into alarm, but this does not notify or dispatch the police. This system depends upon someone answering the call at the time it is received, listening to the message, and responding immediately.

Some homeowners prefer to have someone outside the home monitoring their home security system because it gives them the assurance that there is always somebody to summon help when there is a break-in or an emergency. This involves a recurring monthly fee. For these homeowners, there are two basic types of external security services available:

Some companies will work with the installer and the homeowner to design a security system that best provides the security level desired and then contract for the alarm monitoring services for that system. Most, if not all, city and county police and sheriff departments no longer provide alarm monitoring and security review services and only respond to calls from security monitoring services. Many municipalities also have a policy of charging the homeowner for repeat false security alarm calls.

The upside to alarm monitoring services is that they are always there—24/7—and are to respond immediately. The downside is that because they are off-site, and especially in cases when the homeowner is away from home, they can dispatch the police or fire department to investigate the cause of an alarm. Should the problem be caused by something other than an intruder, such as a branch blown through a window or an alarm caused by an electrical fault, the homeowner can be charged a fine for a false alarm.

Another type of residential security services is remote access monitoring services, which use surveillance cameras and microphones to monitor a home’s interior and exterior for unauthorized access or presence.

A home security system can be either “reactive” or be interfaced to a home control system and be “proactive.” A security system provides protection on two levels: interior and perimeter. Interior protection systems include detecting and sounding alarms in response to events inside and outside a home. The function of interior detection is to protect a home’s occupants and contents from intruders. The purpose of exterior or perimeter protection is detecting intruders in the area around a home before they attempt to enter the house.

A residential security system links to its sensors, detectors, alarms, and control units using either radio frequency (RF) signals or wire or cable runs. Wireless RF-based systems don’t require unit-to-unit wiring. Wireless security systems can be completely wireless RF-based systems or interfaced to wired systems. Hard-wired systems must be pre-planned so that the appropriate cabling can be installed during the pre-wire phase of a new construction or a remodeling project.

A hard-wired system directly and physically connects the components of the system—the contacts, sensors, and so forth—to the main unit with a cable or wire. The primary benefit of the hard-wired approach is, unlike a wireless system, a hard-wired system is significantly less sensitive to electromagnetic and RF interferences, especially if the system’s wiring is properly installed to avoid interference sources.

Common devices and features of a residential security system include a control panel, a RJ-31x interface, multiple zone inputs, alarms, window or door contacts, a remote control, and a keypad controller. An important feature on systems that support alarm monitoring is an RJ-31x interface.