Tracking down a problem on a network is often more of an issue of where to begin looking than it is resolving the problem. Often a network problem is easily remedied once you’re able to pinpoint its source.

Networks, including home networks, bring together several layers of technology—cable, hardware, and software—all capable of causing or contributing to a network or a networked computer not performing properly.

In this chapter, we look at some of the ways you can diagnose and resolve problems on a network, including testing network cabling, a network connection, and a networked computer’s configuration.

Any number of things can go wrong with network connections, but generally, and especially in a home environment, once they are configured properly and working, network connections tend to continue to work until something is changed on the computer or its network. So, the first thing to check, if the network or a computer develops connection problems, is whether or not anything has changed recently.

If a dialup connection fails to connect, there are five areas to check:

Troubleshooting a DSL or Cable Connection

The problems associated with a digital subscriber line (DSL) or cable connection are typically one of a set of common issues. DSL bridges and routers do have a few problems specific to them, just as cable modems have their unique problems. However, for the most part, connection issues for DSL and cable modems are very similar. The next few sections list the more common connection problems for these services and how to resolve them.

Here are the more common problems a customer could experience with a DSL connection:

Before calling the technical support function or a service provider, here is a list of things to check so that you can be fairly confident of the source and nature of the problem:

If after booting or restarting a networked PC, no network connection is present, a good place to begin your diagnosis is by running the IPCONFIG command. Figure 14-1 shows a sample of the output produced by this command. Notice the entry for “IP Address.” In Figure 14-1, the IP address is fine, reflecting an address has been assigned to the PC by a DHCP server on the network, either locally or at the ISP. 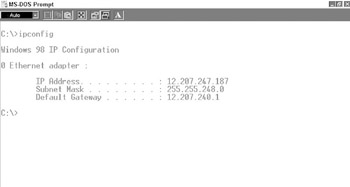 Figure 14-1: The output produced by the IPCONFIG command

The address provided by APIPA allows the PC (DHCP client) to automatically configure itself with an IP address from the range of 169.254.0.1 to 169.254.254.255 using a Class B subnet mask of 255.255.0.0. Understand that this IP address is merely a placeholder and cannot be used to access the network.

When a PC is unable to obtain an IP address from the DHCP server, check with the ISP to try to determine why this may be happening. The problem could very well be that the ISP’s DHCP server is down. However, if the ISP indicates that there is no reason for a computer to not be able to get its IP configuration from its DHCP server, you should try releasing and renewing the DHCP “lease” using the following process (on Windows 98, Me, NT, 2000, and XP computers):

If this process fails to correct the problem, you must re-install the network adapter’s device drivers and reconfigure the network protocols settings. Before retesting the connection, verify the network settings with the ISP’s technical support.

Another reason a PC may not be automatically configured by the network is that it no longer has a network connection or for some reason the network has stopped communicating with it. There are two TCP/IP utilities that can be used to make an initial diagnosis of this problem.

The first is the PING utility. This command sends out a message that requests that a remote device with a specific IP Address or domain reply with a message (an echo). If this activity succeeds, you know the connection between the two devices is valid. The PING command also times this process. A slow response time could indicate congestion or perhaps a mechanical problem along the way. Figure 14-2 shows the output produced by the PING command. 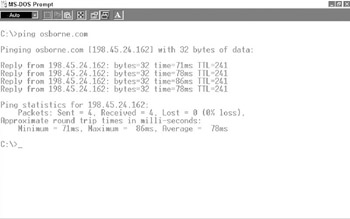 Figure 14-2: The results of a PING command

However, if the PING command cannot find or doesn’t receive a response from the destination address or domain entered, an error message will indicate that.

The second command that you can use to determine if there is a path problem between two network devices is the TraceRoute utility. This traces and tracks the path used by a message to reach a remote destination IP Address by displaying each router or internetworking device the message passes through on its journey. The time used for each “hop” is also displayed to help diagnose possible bottlenecks on the network. Figure 14-3 shows the output produced by a TRACERT command. 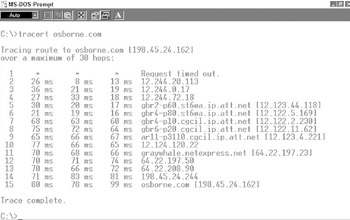 Figure 14-3: The display of the TRACERT command

TraceRoute is implemented on various systems as TRACEROUTE, TRACERT, or TRACE, with TRACERT used on Windows systems. This command displays the complete route from a source IP address to a destination IP address. TRACERT transmits probe packets one at a time to each router or switch on the path between the source and the destination. When an echo is received at the source, the round-trip time for that hop is displayed. TRACERT displays only two different events: the time (called time-to-live or TTL) was exceeded or the destination was unreachable. This information is very helpful in determining if there is a breakdown or bottleneck in a particular route.

The only way you can assure yourself and demonstrate to the customer that the network’s wiring and infrastructure supports the network to be installed on it is with a planned and formal test procedure that incorporates the Transmission Performance Specifications for Field-Testing of Unshielded Twisted-Pair Cabling Systems (TIA/EIA TSB-67 for short) and TSB-95, which provides additional test parameters for Cat 5 wiring.

A number of handheld devices are available to perform the tests prescribed in these two TSB standards. In fact, a variety of Cat 5 testers are available to perform what is called a certified test. By certifying the cable, the customer is assured that the network wiring is installed to specification and is ready to support any network-capable devices attached to the network. Certifying the cable also provides a benchmark for any future network or cable problems. However, Cat 5 testing devices can be quite expensive. Cable testing units include a master unit and a slave unit, which are attached to the ends of the cable segment being tested, and an auto-test function that measures the results of the test as either a pass or a fail.

A Cat 5 link (cable only) should not be more than 295 feet (90 meters) in length. A Cat 5 channel shouldn’t be more than 328 feet (100 meters) in length. A link is a single cable run and a channel is all of the cable and connections between two communicating devices. The difference of 33 feet or 10 meters between a link and a channel represents the cables used to connect a computer or other device to a link. So what this boils down to is that the cable running between a patch panel and a wall jack can only be 90 meters in length and all of the cables used to complete the connection between a computer and a central device (such as a gateway or router) cannot exceed 100 meters in length.

Any link that fails one of these tests should be replaced or, in the case of the length test, shortened. If a channel fails, you may need to test the patch cords used to connect the networked device to the link to decide if the problem is in the cable link or patch cords.

Wire testing should be performed in the pre-wire phase of a new construction project and then again before the network devices are attached.

If the network is to use powerline or phone line, any line problems should also be affecting the AC power or the telephone lines. If not, the problem is either with the media adapter or the patch cord used to connect a device to the adapter.

It isn’t totally necessary in every situation for the cable to be certified. Often, especially as part of a troubleshooting procedure, all that is needed is to a test for signal continuity, assuming the initial installation was properly tested. Whereas cable certification devices can cost thousands of dollars, quality cable testers range in capability from all-in-one devices to continuity testers and most are reasonably priced. For home automation networking, you should consider a multiple media tester, like the one shown in Figure 14-4. 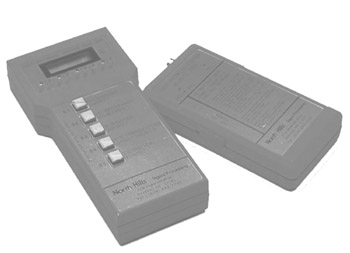 In a majority of situations, a network connection problem typically occurs when something has changed on a networked computer. This doesn’t mean that cable, connector, service provider, and Internet gateway problems don’t occur, only that these components of a network continue to work until changes are made.

When I say changes to a network computer, I don’t only mean changes to the computer’s networking configuration or equipment. Changes can include new software, new hardware, and the conflicts they may create. So, the Number 1 troubleshooting step when diagnosing a networked computer for connection problems is to determine if anything, and I mean anything, has changed on the computer and remove it to see if the problem goes away. Then you can deal with the issues being created and solve the larger issue of incompatibility.

When configuring a computer on a home network, you must check the installation of the network adapter and TCP/IP protocols and verify operations.

Windows 2000 and XP use Plug-and-Play (PnP) technology to detect and configure an internal network interface card (NIC) installed in a Peripheral Components Interconnect (PCI) slot. However, before you get too far along with connecting a computer to the network, you should verify the NIC’s settings. To do this, use these steps:

To enable a Macintosh computer, one that is running Mac OS 7 or later, use the following steps:

Most computer problems occur immediately after a change is made to the computer’s hardware, software, or configuration.

To diagnose a dialup connection, you should check the following: the phone connection, the modem settings, the protocol configuration on the computer, the service provider’s NAS, and if there are technical issues on the phone line.

Two tools that you can use to check a computer’s connection are the PING command to ping the Internet gateway and TRACERT to see if there is a routing issue between the home network and the service provider.

If you suspect the connection problem may be in the network media, you can run the TIA/EIA TSB-67 tests on the cable to check its attenuation, length, NEXT, and wire-mapping. Cable testing devices are generally inexpensive and readily available.

A common source for connection problems on a computer is its network configuration. The newer Windows systems (2000 and XP) virtually auto-configure themselves to a network, but you should check the network adapter’s settings as part of your troubleshooting.