In a typical home, to turn a light fixture either on or off, you must be in the same room and access either a wall or lamp switch. However, through a home lighting control system, it’s possible to turn lights on or off from another room or perhaps even another town.

When designing a lighting system for a home, you have more to deal with than just how to turn light fixtures on or off. To properly design a lighting system, you must consider a number of issues, including the following:

Lighting systems have some very basic operational components: light, light sources, light fixtures, and lighting controls. These basic components, when used in the right combinations and programmed well, can provide a system of lighting that serves the needs of a home’s occupants.

This chapter covers lighting basics and fixture types. Although I mention a few of the devices typically included in a lighting system, Chapter 22 covers that area in more detail.

Perhaps the first topic we should discuss is light, which is obviously a central part of a lighting system. The word light has over 30 different meanings in an English dictionary, but in the context of a home’s lighting system, light takes on only a few meanings:

In the daylight hours, we depend on the sun and its light rays to provide illumination. However, after sundown, artificial light sources must be used. In designing a home’s lighting system, the trick is to place the light sources and the correct level of illumination in the right places.

Although it may sound like a contradiction, we can’t actually see visible light; we can see only reflections of light waves from objects, but not the actual light source. What this means is that you can’t actually see light before it hits an object and is reflected back into your eye. Without going into the astrophysics of lighting and luminescence and the history and evolution of modern lighting devices, let’s just agree that the design of a lighting system must take into consideration how light is reflected to achieve desired results.

Light reflects from objects in waves of energy that can travel through virtually any space, including a vacuum. A light wave has the same properties of any electromagnetic wave, including wavelength and frequency. Visible light has a wavelength between 400 nanometers (nano means one-billionth) and 700 nanometers (nm). The full spectrum of electromagnetic light (see Figure 21-1) ranges from gamma rays (at 1 nm) to radio waves (in meters and centimeters). The frequency, or the number of waves per second, is measured as hertz (Hz). It is the frequency of visible light that we see as color. For example, the light we see as red has a frequency of 430 trillion hertz (teraHz) and the light we see as violet has a frequency of 750 teraHz. Between these two frequencies exist the other primary colors (orange, yellow, green, blue) each at a different frequency.

Producing light involves applying a charge to the atoms of a material to energize their electrons. The energized electronics emit photons, which are the particles that produce the light we see. The photons produced from different materials, which means different types of atoms, have a particular frequency. The frequency of the photon determines the color of its light. For example, the sodium atoms in a sodium vapor light produce photons of a frequency that falls in the yellow light spectrum.

The most common way to energize atoms to produce light is with heat, which is the action behind incandescence, as in an incandescent lamp. Applying enough heat to a material creates photons on every color spectrum that merge together to create what is called white light, or colorless light. For example, in an ordinary 100-watt lamp, an inner metallic strip is heated using electricity to generate light.

White light, or colorless light, is the light produced by the sun. With just our naked eye, we can’t see the colors that combine to create its colorlessness, but if the light shines through a glass of water or a prism, we can see its various color frequencies.

To create colored light, we have two choices: color by addition and color by subtraction. Here’s how they work:

The bottom line on light and color is that an object can create light by emitting the frequency of a certain color or it can absorb light frequencies to reflect a certain color.

When light shines on any object, the light interacting with the object’s surface will do one of four things:

More than one of these actions can occur when light strikes an object.

Light is measured in a variety of standard measurements. The light produced by lighting fixtures is measured using the following:

The primary light sources in home lighting, besides the sun, are incandescent lamps, fluorescent tubes and lamps, and halogen and Xenon lamps. The type of lighting source (lamp or tube) used in a lighting fixture can make a huge difference in the lighting level and color in a room or zone.

Incandescent lamps, or what are commonly called, simply, light bulbs, are not complex devices. The primary components of a lamp are its two metal contacts, which are attached to two wires and a thin metal (commonly tungsten) filament. The whole assembly is enclosed inside a glass bulb that is filled with an inert gas such as argon. When the bulb is screwed into a socket and the power is switched on, an electrical current flows through the wires and the filament, which heats up to about 4,000 degrees Fahrenheit (or about 2,200 degrees Centigrade) and emits light. Incandescent lamps emit what is called warm light.

Lamps are rated by the amount of light (measured in watts) they produce in a certain period of time. Lamps with more power have larger filaments and, in turn, a higher watt rating. A three-way bulb actually has two different filaments on two separate circuits, each producing a different wattage. The socket for a three-way lamp has three positions to select each of the two circuits, or both at the same time.

A fluorescent light has a low-pressure mercury vapor inside and, when ionized, emits ultraviolet (UV) light. UV light can be harmful to humans, so the inside of the light’s glass tube is coated with phosphor, which converts the UV light into visible light. Inside the fluorescent tube are electrodes at each end that excite the mercury in the tube into a vapor that emits UV light. The legacy fluorescent tube emits what is called cold light.

If fluorescent lighting is included in a lighting design, it’s important to use the right fluorescent tubes or bulbs for the job. To know you have the correct lights, you should be able to decode the markings on the tube (see Figure 21-4). 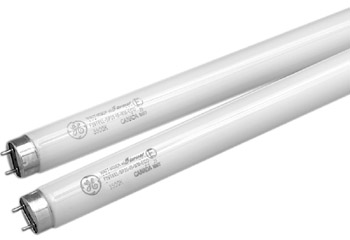 If you find a fluorescent tube marked with something like F40T12CW/IS or F30T8 RS, here’s how to decode it:

Incandescent lamps aren’t very efficient, and they only last up to about 1,000 hours of normal use. On top of that, most of the energy produced by an ordinary lamp is heat. The tungsten filament of a halogen lamp is encased inside a quartz enclosure filled with halogen gas, which enables it to produce a brighter light. However, like the incandescent bulb, the halogen lamp also produces a lot of heat. Because of its design and elements, a halogen lamp (see Figure 21-6) can outlast a regular lamp. Some halogen-type lamps are filled with Xenon gas, which produces a brighter and whiter light. 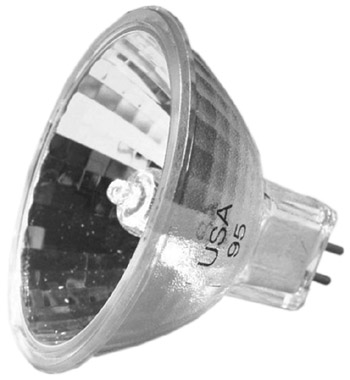 Figure 21-6: A halogen lamp can be a good choice for task or showcase lighting.

To estimate the energy consumption orwattage requirements for a room, use these

An important part of designing a home lighting system is to reduce or minimize the amount of energy and the peak energy consumption, in the form of electricity, of the lighting fixtures and their lamps and bulbs.

There are essentially three types of lighting used in most homes:

General lighting is used to replace sunlight in open living areas. It is the lighting type that provides illumination to enable occupants of a room or space to see the objects in a room and walk about safely. General lighting, which is also called ambient or mood lighting (see Figure 21-7), can also be used to show a room and its contents in their “best light.” 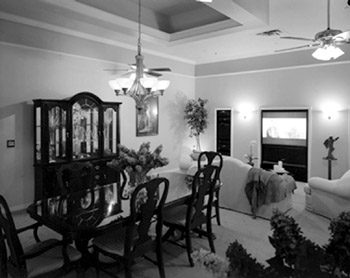 Figure 21-7: An example of general or ambient lighting in a room

The types of lamps or light fixtures typically used to provide general lighting are chandeliers, wall and ceiling-mounted fixtures, recessed or track lighting for indoor spaces, and exterior lamps and other light fixtures for outside walkways and patios.

Task lighting is what it sounds like—lighting specifically designed for close work, such as reading, cooking, hobbies, games, sewing, and the like (see Figure 21-8). The objective for task lighting is to provide the proper amount of light to illuminate the task area, reduce glare and shadow, and to relieve eyestrain. 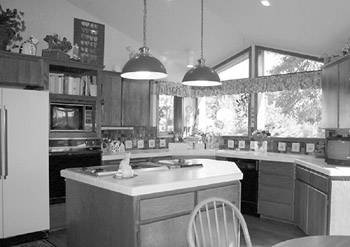 Figure 21-8: Task lighting is used to reduce glare and shadows.

In most instances, accent lighting is used as a part of a room’s overall dcor to spotlight interior artwork, plants, draperies, or other room features (see Figure 21-9). Accent lighting can also be used outdoors to highlight exterior landscaping features. To provide the proper level of light and to draw interest to the lighted feature, the lighting level used should be at least three times higher than any of the general lighting in that area. 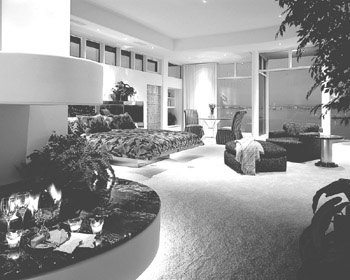 Figure 21-9: Accent lighting can be used to spotlight specific room or landscaping features.

A wide variety of lighting fixture types can be used to provide the type of lighting desired: ceiling-mounted, chandelier, pendant, portable, recessed, track, under-counter, and wall-mounted. Here’s a description of each of these fixtures types:

Lighting systems have some very basic operational components: light, light sources, and lighting controls. In the context of lighting systems, light is illumination, an illumination device, and sunlight. The primary home lighting sources are incandescent lamps, fluorescent tubes and bulbs, and halogen lamps. Lamps are rated by the amount of watts they produce in a certain period of time. A fluorescent light has a low-pressure mercury vapor inside and when ionized, emits ultraviolet (UV) light that is filtered through phosphor. The fluorescent tube emits cold light. The tungsten filament of a halogen lamp is encased inside a quartz enclosure filled with halogen gas. This enables it to produce a brighter light.

The lighting load for each room or zone must be determined before selecting the lighting controls. To estimate the energy consumption (lighting load) of a room or zone, multiply the total square footage by 3 watts to yield the lighting load per square foot for the space. There are essentially three types of lighting used in most homes: general or ambient lighting, task lighting, and accent lighting. General lighting replaces sunlight in open living areas. Task lighting provides the proper amount of light to illuminate the task area, reduce glare and shadow, and to relieve eyestrain. Accent lighting is used as a part of a room’s overall dcor to spotlight interior artwork, plants, draperies, or other room features.

A wide variety of lighting fixtures can be used to provide the type of lighting desired: ceiling-mounted, chandelier, pendant, portable, recessed, track, under-counter, and wall-mounted.