The structured wiring system installed in their home should be something homeowners can take for granted. Homeowners can’t be faulted for believing that if the system is properly installed, it should never break or have problems. In fact, that was the basic idea behind all of the precautions and extra steps you took during the installation.

However, it is possible for a structured wiring system to develop problems. Assuming the cabling was properly installed and all of the appropriate standards were observed and implemented, rarely will a problem be with the cable itself. That is, unless something has happened to the wire, such as a nail or screw being driven through it or a wire tugged on a bit too much, or if the system has plainly been abused. There is also the possibility that a connector or termination wasn’t installed exactly right or the cable was installed improperly.

Nonetheless, should one or more of a home’s systems stop performing or perform oddly, a problem source possibility that must be eliminated is the structured wiring cabling. This chapter focuses on the process and tools used to identify and isolate a cabling problem, should one exist.

Cables and connectors can and do fail. However, one of the best benefits of a structured wiring environment is that when a cable problem does occur, rarely is the entire system affected. Because each outlet has a home run directly back to the distribution panel, a problem on one cable impacts only the devices connected to that cable run. Structured wiring cable makes it far easier to isolate and fix problems.

A suspected cabling problem must be identified and isolated before an appropriate solution can be applied. Each type of system, which means each type of cable, has its own unique potential problems and each potential cable problem should be eliminated through a methodical diagnostics process.

Here is a recommended approach for identifying a cabling problem:

Before you go much further, we need to discuss documentation. A written record should be maintained of any and all problems reported or even suspected about the structured wiring system of a home. Actually, this maintenance record should have been created at the end of the trim-out phase of the installation project when cable verification testing was performed to create a benchmark against which later testing can be compared.

Anytime a technician responds to a home to diagnose, troubleshoot, or resolve a cabling problem, the suspected problem, the actions taken to diagnose the problem, the steps used to isolate the problem, and the solution applied should be recorded in a maintenance log. Often, any problems that develop after one problem has been solved are the cause of changes made to the system or a problem introduced during the testing or resolution of the earlier problem. This documentation makes it much easier to troubleshoot the next problem.

In a residential structured wiring installation, typically the runs are not long enough to develop attenuation problems and because of the shorter runs, the signal tends to be stronger so crosstalk and signal return loss aren’t typically problems either. However, this doesn’t mean that these issues can’t happen; it just means that in a typical structured wiring installation they are usually uncommon.

Cable problems in structured wiring systems are more likely to be caused by damage to the cable, improper termination, or mis-wiring caused during rough-in and trim-out. The construction crew can also damage a cable during their finish work, when a cable can be nailed, stapled, cut, crimped, or crushed.

When a cable is suspected to have a fault, you must be able to locate it in order to fix it. You need to be able to identify whether or not the fault is on a certain pin or at some distance along the cable, or even as far away as the far-end connector.

The two test procedures that can be helpful in determining where a fault may exist on a cable—if one exists at all—are Wiremap and Time Domain Reflectometry (TDR).

Wire Map TestingWhen a cable fault is first suspected as the source of a problem, perhaps the most useful and informative test that can be performed on residential structured wiring, especially TP cable, is a wire map test.

Wiremap testers are often incorporated into a TDR tester. The tester shown in Figure 9-7 verifies the pin-to-pin connectivity between the ends of a cable and in doing so eliminates or finds any of the problems described in the preceding section. 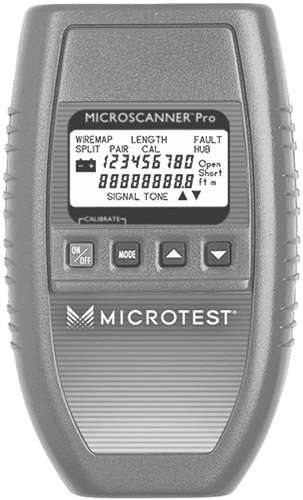 TDR TestingA Time Domain Reflectometer (TDR) transmits a signal on a conductor and measures the time required for the signal, or some part of the signal, to return. If a fault exists on a conductor, the signal is reflected at the point of the fault. The amount of time required for this to take place is then converted into a distance using a formula that involves the speed of light, the velocity of propagation, and some simple arithmetic.

A TDR tester can tell you only where a problem may be, meaning at what distance from the test point, and not what type of problem may exist. Any cable that has two metal conductors can be tested using TDR, which makes it perfect for testing twisted-pair cabling (refer to Figure 9-7).

MultimeterA commonly used tool for testing cable is a multimeter, shown in Figure 9-8, which can be used for testing voltage, current, resistance, and continuity on a copper wire. The most common problem with copper wire cabling is an open-circuit. Using the resistance test (or ohm test) of a multimeter is the easiest way to test for this problem. 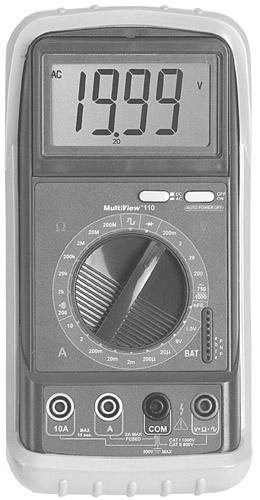 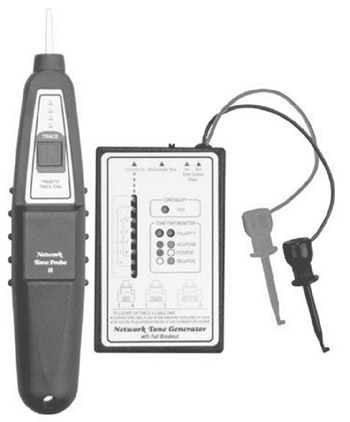 Figure 9-9: A tone generator and probe are used to locate cables and wires

Testing coaxial cabling is less complex than testing TP cable. First of all, there is only one conductor, so the tests performed by a tone generator and probe, a multimeter, and a TDR are typically sufficient for tracking down any problem.

Coaxial cable is generally more durable than TP cable, but it can develop many of the same types of cable faults. However, problems on a coaxial cable are typically caused by improper termination or damage to the cable.

Coaxial cable can exhibit many of the same cable faults as a TP cable, except, of course, those involving wire pairs specifically. However, although a coaxial cable has only one center conductor, remember that the metallic shielding on the cable also carries current and between these two conductors some faults can occur.

When troubleshooting a coaxial cable, here are some physical conditions to check for:

Cable testers designed to test coaxial cable specifically are available, but a better investment is usually a tester that is capable of testing both TP and coaxial cabling (see Figure 9-10). 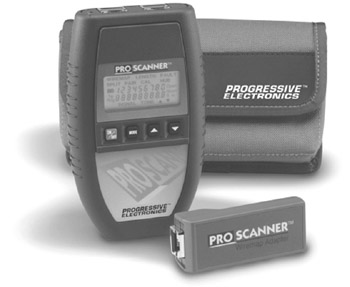 Figure 9-10: Many testers include testing capabilities for both coaxial and TP cabling.

The standard tests used for troubleshooting coaxial cable are as follows:

A suspected cabling problem must be identified and isolated before an appropriate solution can be applied. Each type of cable has its own unique potential problems and each of these problems should be eliminated through a methodical diagnostics process. A recommended approach for identifying a cabling problem involves the following steps: listen, look, inspect, and test.

A written record should be maintained for all problems reported or even suspected. Whenever a technician responds to diagnose, troubleshoot, or resolve a cabling problem, the problem, diagnostics, and the solution should be recorded in a maintenance log.

Cable problems are most likely caused by damage to the cable, improper termination or mis-wiring that may have been introduced during rough-in, trim-out, or during construction. The cable may have been nailed, stapled, cut, crimped, or crushed. Common TP cable problems include: cable impedance, crossed pinning, open circuit, short circuit, split pair, and improper termination.

Two test procedures can be helpful in determining where a fault exists on a cable: Time Domain Reflectometry (TDR) and wire map. The most commonly used tool for testing cable is a multimeter, which is used for testing voltage, current, resistance, and continuity on a copper wire.

When a cable fault is first suspected as the source of a problem, perhaps the most useful and informative test that can be performed on residential structured wiring, especially TP cable, is a wire map test. Wiremap testers verify the pin-to-pin connectivity between the ends of a cable. A tone generator and probe are used to identify one cable in a bundle or to find a cable inside a wall.

Testing coaxial cabling is less complex than testing TP cable. First of all, there is only one conductor, so the tests performed by a multimeter, TDR, and a tone generator and probe are typically sufficient for tracking down any problem. The standard tests used for troubleshooting coaxial cable are: attenuation, crosstalk, impedance, and TDR testing.