Select the data you'd like to parse. Then select Data 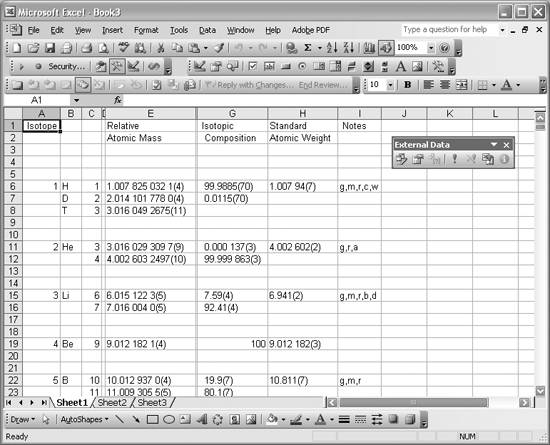 The data shown in Figure 3-7 (in Recipe 3.3) was imported from a text file via drag-and-drop. The problem with this approach is that all the data on each row is lumped into a single cell. This is less of a problem with the import method in Recipe 3.1, because using File

images/U2192.jpg border=0> Open... automatically launches the Text Import Wizard, which allows you to set columns for your data either manually or by specifying delimiters.

The "Convert Text to Columns" Wizard, accessible via Data

"Text to Columns ...," is essentially the Text Import Wizard. The three steps in the "Convert Text to Columns Wizard are identical to those in the Text Import Wizard. First you specify whether the text to be parsed is in fixed-width form or delimited. Then, depending on your selection in step 1, you either manually set column breaks or select the delimiting character. Finally, you can specify data formats and choose which columns to ignore. 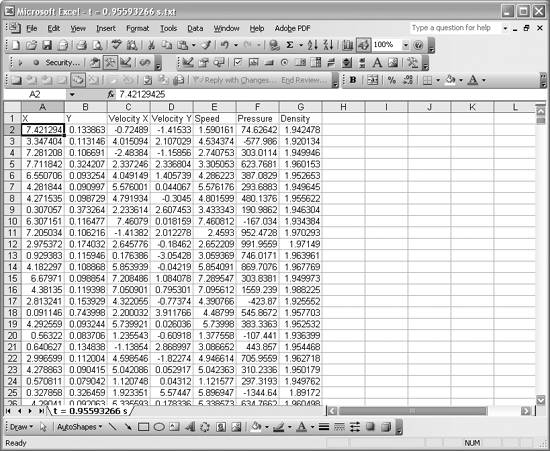