You need to center a data series before further analysis.

Use basic spreadsheet techniques and Excel's built-in formulas to center the data.

Centering in this context refers to the process of removing a bias or offset in a series of data so that the resulting series values fluctuate approximately about 0. Centering is often required before processing data using forecasting techniques, and can be accomplished quite easily in Excel. There are a number of ways to center a data series, and here we'll use the standard approach of subtracting the average of the data in the series from each data item in the series.

Figure 6-17 shows an example spreadsheet I set up. 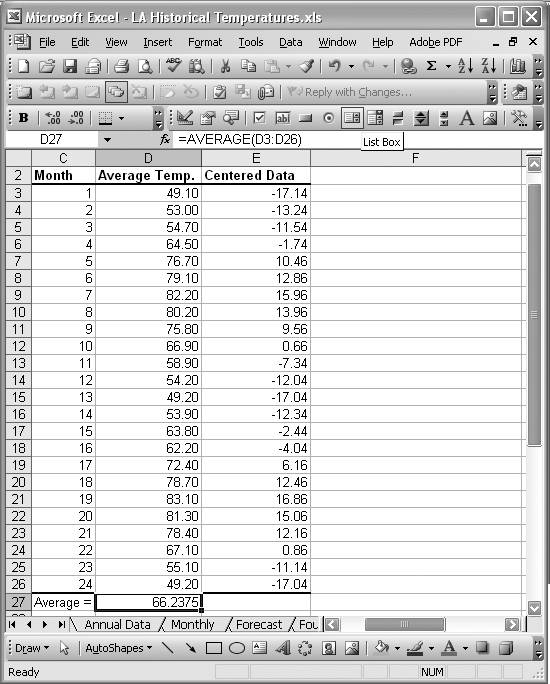 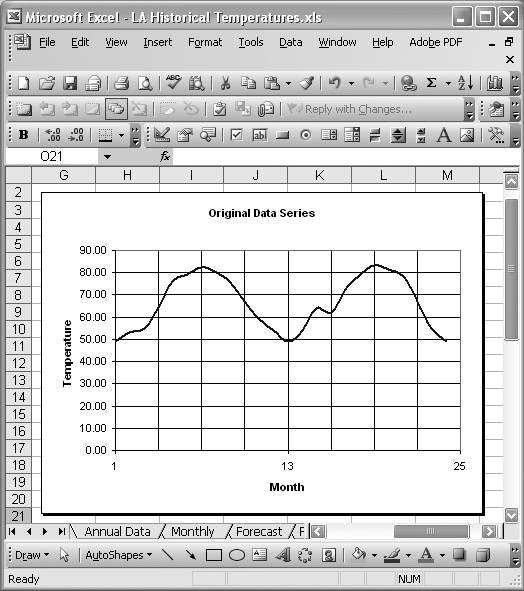 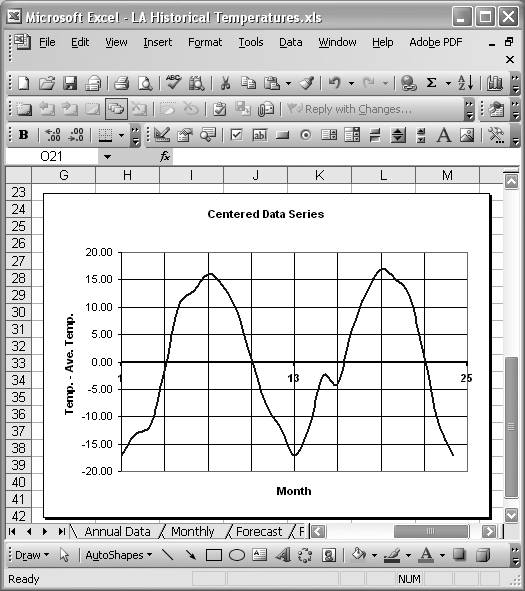 This isn't the only way to center data. Some techniques involve computing a weighted average of the data and using the result to center the series.