Select the axis you'd like to set to log scale and open the Format Axis dialog, as described in Recipe 4.4. Go to the Scale tab and check the Logarithmic Scale option (see Figure 4-11).

Consider the data shown in Figure 4-12 as an example. This data represents the reduction in concentration of cyclopropane as a function of reaction time (the cyclopropane gets converted to propane gas). 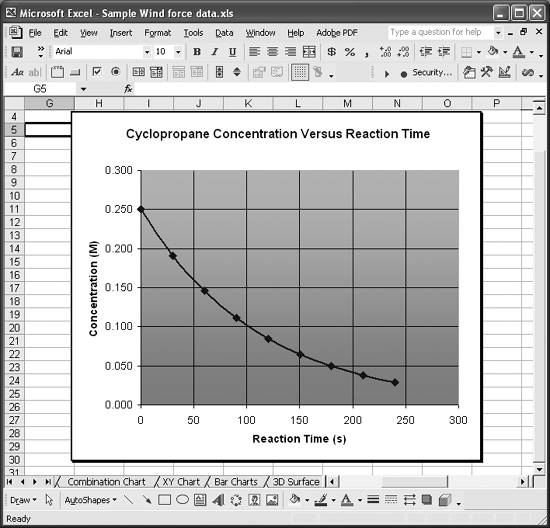 This plot of concentration versus reaction time shows the characteristic logarithmic form of so-called first-order reactions. Changing the vertical axis to logarithmic scale as described earlier results in the chart shown in Figure 4-13.

Notice that the plotted line is now linear. Plotting the data in this form facilitates estimating the rate constant for such a reaction, since the slope of the line can be determined by using the simple equation for a straight line. 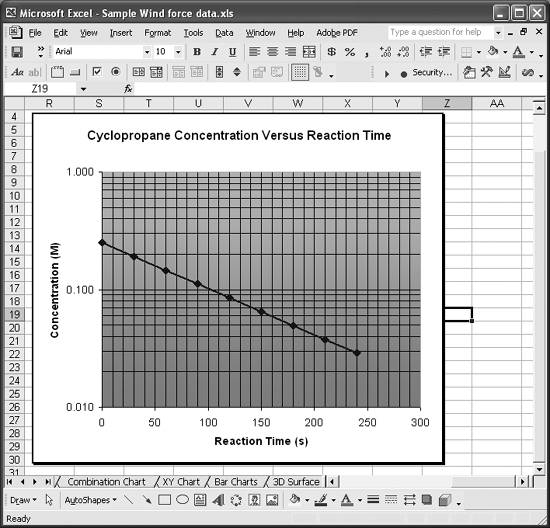 See Chapter 8 to learn how to perform least-squares curve fitting in Excel.