Figure 3.18. The system actions for both forms and views are shown in the Action pane in the upper right. 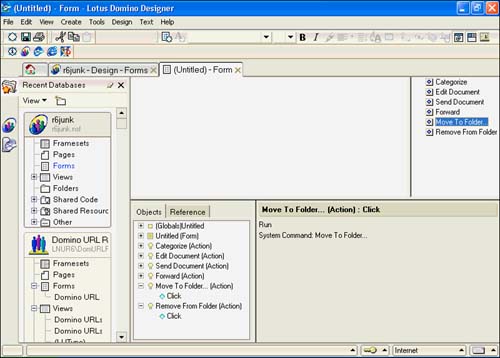 System actions are automatically included on the Action menu, but not in the Action bar. You can change this behavior by checking two display options on the Action properties box:

Include Action in Action Menu

Include Action in Button Bar

System actions do not work for Web browsers. If you want to use any of the functionality of the system actions on the Web, you must create a new custom action that duplicates the command. Simple actions are also unusable on the Web.

Figure 3.19. The Delete Document action is programmed with the Delete from Database simple action. 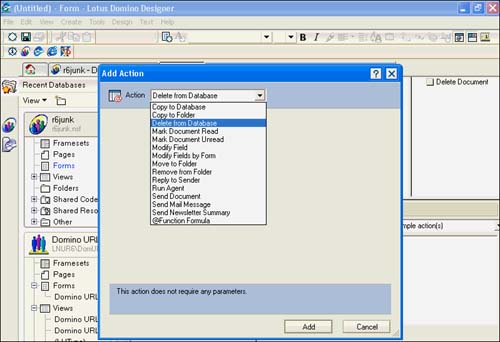