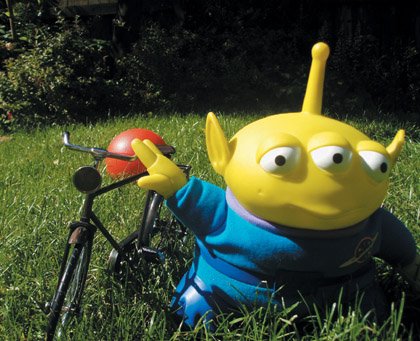 A film is never really good unless the camera is an eye in the head of a poet.

As visual effects artists, we strive not only to re-create the natural world realistically, but also the camera's view of the world. These goals are by no means the same. The camera sees only a limited piece of the world, and from a specific perspective.

Capturing a scene from this perspective requires a host of decisions that constitute a full-blown storytelling art known as cinematography. After Effects offers compositors the opportunity to re-create and even change some of these decisions, long after the crew has struck the set and called it a wrap. The title of the chapter may seem grandiose, given how many fundamental cinematographic choices are out of reach to compositors, but thinking like a director of photography and understanding the workings of the camera are the goals if you're going to fool the viewer into believing your effects shot.

This far-reaching chapter deals with several aspects of replicating a physical camera in After Effects and matching, influencing, or changing the camera's perspective; you can

These seemingly disparate points all involve understanding how the camera sees the world and how film and video record what the camera sees. All of them transcend mere aesthetics, influencing how the viewer perceives the story itself.