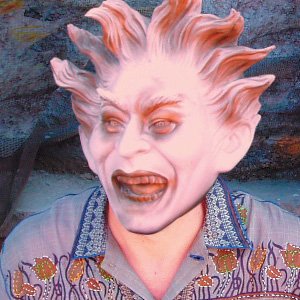 It's a small world, but I wouldn't want to paint it.

So, you've gritted your teeth, girded your loins, and opened up the rotoscoping chapter. There's no way to paint an utterly pretty picture, so to speak, of the task you face: Rotoscoping and paint tools are generally a last resort, employed when there is no other way to fix your matte. Rotoscoping is the art (although some would be loath to call it that) of fixing a shot frame by frame, generally using masks. Cloning and filling using paint tools are variations on this task.

To compound matters, After Effects did not gain its fame as a rotoscoping tool. You can get good results with the program, but its interface and tools aren't set up expecting rotoscoping to be your main task, as they are in such dedicated programs as Silhouette Roto or the defunct Pinnacle Commotion.

Although sometimes you just can't get around having to clean up footage by hand in After Effects, it's often not as bad as you think if you follow a few basic guidelines:

"Keyframing" is so-called because originally (at Disney, in the 1930s) it was the practice of drawing in the key framesthe top of a leap in the air, the moment of impact, the kissthat would be done by the top animators, leaving lower-level artists to add the in-between frames thereafter. This is the right way to think of keyframing animated masks: Look for the pivotal moments and try to let the computer in-between the others as much as possible.

With these guidelines in mind and a solid grasp of the fundamentals of creating selections (explored in Chapter 3, "Selections: The Key to Compositing"), you're ready to consider some rotoscoping specifics.

A hi-con, or high-contrast matte, is created by taking luminance data from an imagetypically one or all of its color channelsand raising the contrast to create a luminance matte, typically to hold out areas of the same image. Chapter 6 explores this process in greater depth.