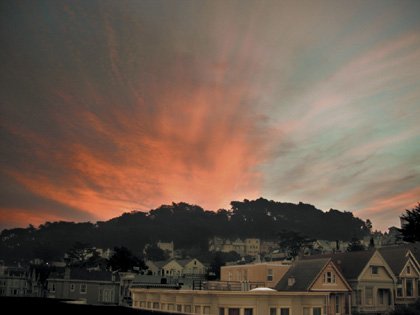 True realism consists in revealing the surprising things which habit keeps covered and prevents us from seeing.

The most revolutionary and far-reaching change to After Effects 7.0 is also one that initially resonates with few artists, but in many ways it represents a paradigm shift in compositing. If 32 bit per channel floating point color mode, which allows high dynamic range (HDR) color adjustments, generates fear, uncertainty, or doubt, it's simply because we've trained ourselves to live without HDR, although it is in line with fundamental phenomena of the world around us.

The previous edition of this book contained a guest chapter written by Brendan Bolles, who helped create eLin, a third-party tool that allowed for linear floating point compositing in After Effects (if the meaning of this term eludes you, hold onit is drawn out thoroughly in the discussion ahead). That chapter forms the foundation of this discussion of HDR compositing with the new features in After Effects 7.0.

Destined to be a marginal tool, ignored by over 99% of After Effects artists, eLin made the After Effects workflow more complicated for the sake of benefits that seemed applicable only to the highest end projects. Although it's not true that the benefits would only be seen by feature film compositors, only they seemed to welcome the cumbersome addition to the pipeline.

HDR compositing in After Effects, as made possible by 32 bit per channel mode, may seem to begin its life in a similarly marginalized role; it changes the inner (and outer) workings of After Effects in ways that are not immediately obvious. Yet its benefits are within immediate reach of anyone, on virtually any kind of project. These benefits include

Of course, it would not be honest to tout the benefits without also acknowledging some limitations and challenges:

But these points include concepts and terms that won't even be defined or discussed until later in this chapter. First, let's revisit Brendan's excellent primer to try to nail down why any of this is even worth the trouble in the first place.

The discussion first moves to issues associated with film, before covering the 32 bit compositing environment; film in many ways represents the analog standard against which digital HDR technologies are measured, which Brendan explains well.