A scalar variable is used to store data based on a specific data type. In other words, the variable type and data value must be compatible. A variable that's defined as an integer could store a number but could not store a text string. The following describes the various scalar data types.

The symbols are suffix characters that can be used as variable identifiers as well as to implicitly declare the variable. An implicitly defined variable does not require a DIM statement. However, best practices suggest that you should always declare all variables.

Variant variables, on the other hand, are considered to be general purpose and can accept data regardless of the data value. These variables can store any type of value including numbers, strings, arrays, and built-in constant values such as NULL and EMPTY. Although this variable type provides the flexibility to store varying types of data, it's important to understand that it requires more memory and is processed more slowly than scalar variables. Where possible, the use of variant variables should be minimized.

Object reference variables, as the name implies, are used to associate an object with a LotusScript variable. After a variable has been associated with an object, you can obtain its properties or manipulate its content. Figure 6.2 illustrates the relationship between each of the variables. 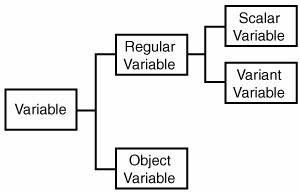 Mastering XPages: A Step-by-Step Guide to XPages Application Development and the XSP Language

XPages Extension Library: A Step-by-Step Guide to the Next Generation of XPages Components