In Oracle, triggers are pieces of PL/SQL code that perform some task and fire automatically when a given event occurs. Triggers can be created for all sorts of events, including DML operations such as INSERT, DELETE, and UPDATE; and they can be set to fire before or after the event. Triggers can also be defined for events such as users logging in, users being dropped, or tables being truncated - in other words, for all sorts of events. There are a couple of key points to remember when it comes to triggers. First, a trigger executes with the privileges of the user who defines it. Second, and probably more important as far as this chapter is concerned, just like any PL/SQL object, triggers can be vulnerable to attack. Before looking at real-world examples, it would be instructive to look at a contrived SQL injection example. For this example, we create two tables: one called MYTABLE to hold short strings, and the other called MYTABLE_LONG to hold a duplicate copy of strings longer than 15 characters. We then create a trigger on MYTABLE to fire before an insert so that if someone attempts to insert a string longer than 15 characters into MYTABLE, a copy is also stored in MYTABLE_LONG. The example is quite useless other than demonstrate the point:

If you look at the text of the trigger, you can see that it's vulnerable to SQL injection. It takes the value supplied by the user in the INSERT and then concatenates it to another INSERT statement; the trigger then executes the new INSERT statement:

The result of the last INSERT statement is an error, indicating that the trigger is indeed vulnerable to SQL injection.

In early versions of both 9i and 10g, the SDO_GEOM_TRIG_INS1 trigger owned by 10g was vulnerable to SQL injection in a similar way to the example shown in the preceding section. The trigger fires when an INSERT is performed on the USER_SDO_GEOM_METADATA table, again owned by MDSYS. As PUBLIC has the permission to INSERT into this table, anyone can get the trigger to fire. The trigger executes the following PL/SQL:

Here, the :new.table_name and :new.column_name can be influenced by the user and SQL injected. PUBLIC has the permissions to INSERT into this table. As such, the trigger can be abused to run SQL as MDSYS. For example, a low-privilege user can select the password hash for SYS from the USER$ table:

The SDO_GEOM_TRIG_INS1 trigger, also owned by MDSYS, is vulnerable in a very similar way. This trigger fires when an INSERT occurs on the MDSYS.USER_SDO_LRS_METADATA, and executes the following code:

The SDO_CMT_CBK_TRIG trigger, owned by MDSYS, fires when a DELETE is performed on the SDO_TXN_IDX_INSERTS table, also owned by MDSYS. PUBLIC has the SELECT, INSERT, UPDATE, and DELETE object privileges on this table. Consequently, anyone can cause the SDO_CMT_CBK_TRIG trigger to fire by deleting a row from the table. This trigger is not vulnerable to SQL injection but a much more interesting and subtle vulnerability. This affects earlier versions of 9i and 10g. Before delving into this, however, you might want to get a cup of coffee; the explanation gets a bit detailed and convoluted.

If you examine the text of the trigger you can see that before the DELETE actually occurs, a list of functions is selected from the SDO_CMT_DBK_FN_TABLE and SDO_CMT_CBK_DML_TABLE tables, and then these functions are executed. If an attacker could somehow get their own functions listed in the these tables, then they too would be executed when the trigger fires. PUBLIC has no object privileges set for either of these tables so they cannot insert their own function name directly. However, the PRVT_CMT_CBK package owned by MDSYS has two procedures, CCBKAPPLROWTRIG and EXEC_CBK_FN_DML, that take as their parameters a schema and function name, which are then inserted into the SDO_CMT_DBK_FN_TABLE and SDO_CMT_CBK_DML_TABLE tables. PUBLIC has the EXECUTE permission on the PRVT_CMT_CBK package, and because it has not been defined with the 'AUTHID CURRENT_USER' keyword, the package executes using the rights of MDSYS, the definer, and not the invoker. As a result, anyone can indirectly insert function names into the SDO_CMT_DBK_FN_TABLE and SDO_CMT_CBK_DML_TABLE tables. Thus when a DELETE occurs on SDO_TXN_IDX_INSERTS, anyone can influence what actions the SDO_CMT_CBK_TRIG trigger takes - in other words, anyone can get the trigger to execute an arbitrary function. What is more, this function, as it is being executed from the trigger, will run with the privileges of MDSYS, and an attacker can exploit this to gain elevated privileges.

This sample script, to be run by a low-privilege user such as SCOTT, will get the password hash for the SYS account. It does this by first creating a table called USERS_AND_PASSWORDS. This table is where the password hash for the SYS account will end up. The function, GET_USERS_AND_PWDS, is then created. This is where the attacker would place their SQL exploit code. In this case, the function takes advantage of the fact that MDSYS has the SELECT ANY TABLE privilege to SELECT the password hash for SYS from the USER$ table. With the table and function created, PUBLIC is then granted access to them. This enables MDSYS to access them. After this the MDSYS.PRVT_CMT_CBK.CCBKAPPLROWTRIG and MDSYS.PRVT_CMT_CBK.EXEC_CBK_FN_DML procedures are executed, inserting the schema SCOTT and function GET_USERS_AND_PWDS into the SDO_CMT_DBK_FN_TABLE and SDO_CMT_CBK_DML_TABLE tables.

With everything in place, a row is then inserted into the SDO_TXN_IDX_INSERTS and then deleted. When the delete occurs, the trigger is fired, which retrieves the SCOTT.GET_USERS_AND_PWDS function and then executes it. When the function executes, the password hash for SYS is selected from SYS.USER$ and then inserted into SCOTT's USERS_AND_PASSWORDS table. Finally, SCOTT selects the hash from the table and then feeds it into his Oracle password cracker, as shown in Figure 6-1. 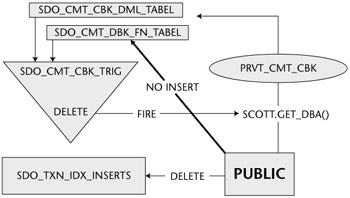 Figure 6-1: Selecting a hash and feeding it into an Oracle password cracker

The CDC_DROP_CTABLE_BEFORE trigger on 10g Release 2, owned by SYS, is vulnerable to SQL injection. (10g Release 1 is not vulnerable by default because while the trigger exists, it is not enabled.) The trigger fires whenever a table is dropped, and executes the sys.dbms_cdc_ipublish.change_table_trigger procedure. This procedure calls the ChangeTable Trigger Java method, which executes the following SQL:

As the name of the table being dropped is placed verbatim into this SELECT query by creating a table name with embedded SQL, we can execute SQL as SYS:

On 10g Release 2, the SDO_DROP_USER_BEFORE trigger owned by MDSYS is vulnerable to SQL injection. However, on 10g Release 2, MDSYS doesn't have that many privileges, whereas it was a DBA in Oracle 9i. This brings us to an important question and a perfect place to finish this chapter and move on to the next: How does one get DBA privileges when the owner of what you're exploiting isn't a DBA? You'll learn how to do this in the following chapter.

It is hoped that this chapter has demonstrated how triggers can be exploited just like any other PL/SQL object and that care should be taken when writing them.