In the assignments in this chapter, we will write, in stages, a program that serves as an MP3 playlist generator and database manager. It will generate and play selections of MP3 songs based on what it can find on our file system and it will permit filter-queries based on data stored in ID3v2 (meta) tag information.

The code that does the actual file-tagging is taken from an open-source library, id3lib[1] version 3.8.3. This is the same library that is used by MusicMatch Jukebox.

The media player shown in Figure 25.1 has three major components. 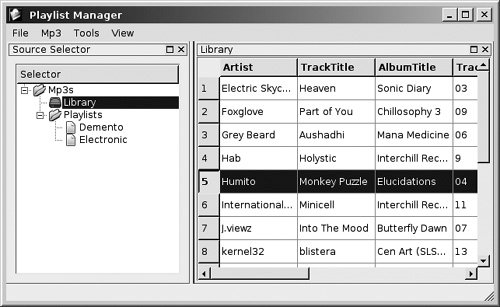 Each of these major components has a view for displaying the data and a model for storing the data.

Figure 25.2 shows a high-level UML diagram of the major components of this project. We can see that the Controller class, derived from QApplication, owns all other objects.

Figure 25.2. The Controller and its managed objects 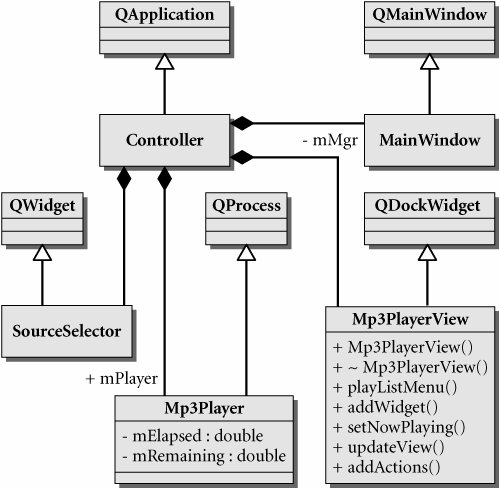