When an Cisco ASA is converted from single to multiple mode, the security Cisco ASA saves the default configuration under the admin context. To create a new context, navigate to Configuration > Features > Security Contexts under the System context and click Add. ASDM prompts you to specify the name of the new context and the associated interfaces, as shown in Figure 19-24. The name of the security context is Cubs, and GigabitEthernet0/1 and GigabitEthernet0/2 are the two interfaces allocated to this context. The configuration of this context is saved in the local Flash (disk0:) as Cubs. 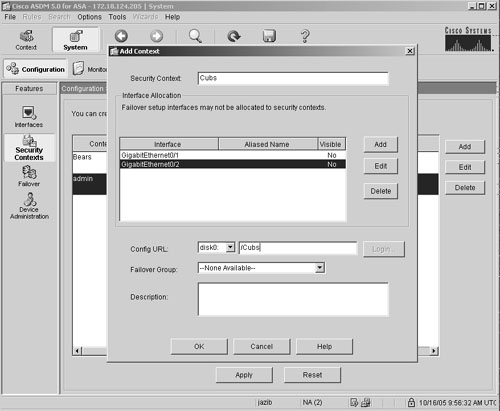 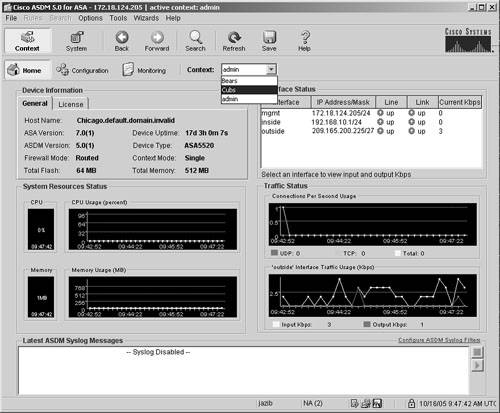 After Effects and Photoshop: Animation and Production Effects for DV and Film, Second Edition