Hack 42. Get More out of What You Read

If maps tell stories, what about the stories that tell maps?

"I lean against a USA Today paper box on Washington and Clark and think, 'Who the hell are you to make such a claim?'" That's the second sentence from the book Bike Messengers and the Cult of Human Power by Travis Hugh Culley. It is the story of Travis' work as a bicycle messenger in Chicago. Why did Travis pick that intersection? Did that just happen to be where he was, or does it have more meaning? Where is Washington and Clark?

Enter "Washington and Clark, Chicago, IL" in the location search box and we see in Figure 5-1 that the intersection is, well, in the middle of a lot of streets. That helps, maybe, a little. But I don't know Chicago, so all it means to me is a lot of streets.

Clicking on Satellite gives us the jackpot of Figure 5-2: the intersection is right smack in the middle of downtown.

Figure 5-1. A map of Chicago showing the action in Bike Messengers and the Cult of Human Power 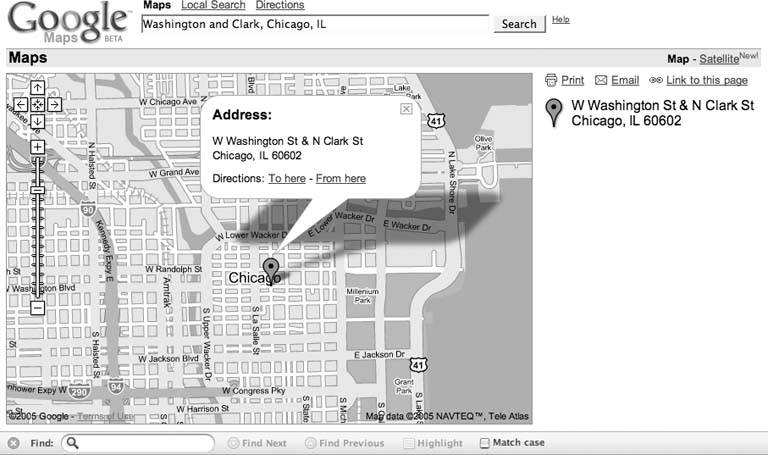 Figure 5-2. The satellite view gives us the big (or at least elevated) picture 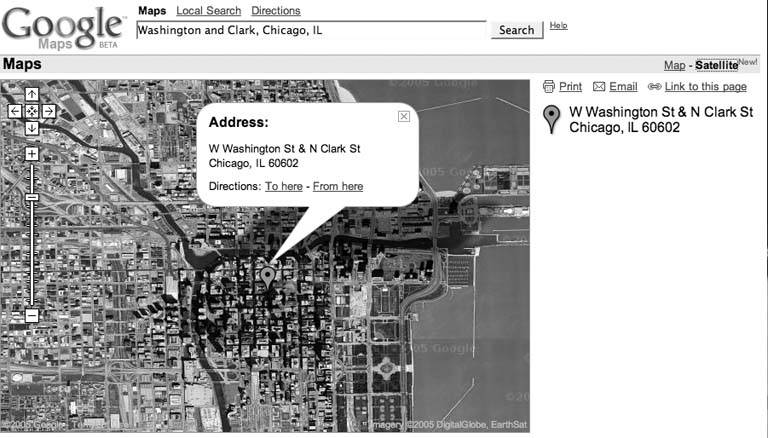 Different zoom levels give us, well, different pictures. Figure 5-2 shows an overview of the whole city, but when we zoom way in as in Figure 5-3,we see a 4-block by 3 1/2block window of downtown Chicago. Looking at that, I can almost smell the bus fumes.

Caught in the rush of plot, too often I'll let the details slide. Hollywood and Vine? Washington and Clark? Who cares? I just want to see what happens next! But if that is all that matters, why should authors bother with place names? Why not simply write as if everything happened in the same grey protoplasmic sea? Context matters: the places where things happen shape what happens and what we think about what happens. Context feeds the mind. 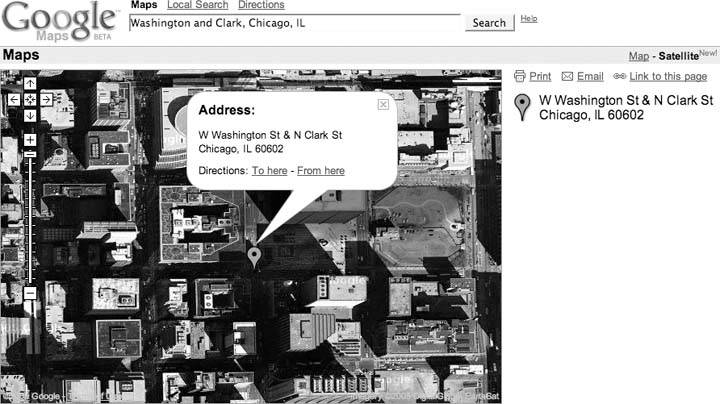