Service providers SP1 and SP2 are required by Customer A to provide Layer 2 VPN connectivity between multiple sites belonging to Customer A, as illustrated in Figure 14-22. 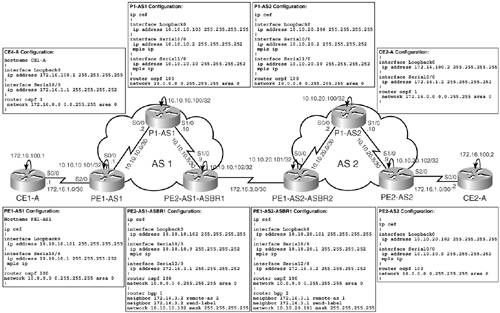 Figure 14-22 also outlines the basic configurations for the devices in the SP domain, namely, PE1-AS1, PE2-AS1-ASBR1, P1-AS1, PE2-AS2, PE1-AS2-ASBR1, P1-AS2, and CE routers CE1-A and CE2-A. It is assumed that MPLS forwarding has been enabled on the appropriate interfaces, and IP addressing performed as illustrated in Figure 14-22. The PE routers are configured for OSPF as the IGP. The ASBR routers are configured for Inter-AS implementation between one another. CE routers CE1-A and CE2-A are configured with OSPF process of 10 with all networks in area 0. Only the configurations on the routers to implement Inter-AS have been depicted. Note that the Inter-AS implementation uses IPv4 BGP for label distribution between AS boundaries. Configurations pertaining to the implementation of Layer 2 VPN pseudo-wire switching are shown later in this section.

AToM packets forwarded between two pseudo wires are treated the same as any other MPLS packet excluding the following exceptions:

The configurations required on the PE routers in either domain, as well as the ASBRs implementing Inter-AS, are shown in the configuration flowchart in Figure 14-23. 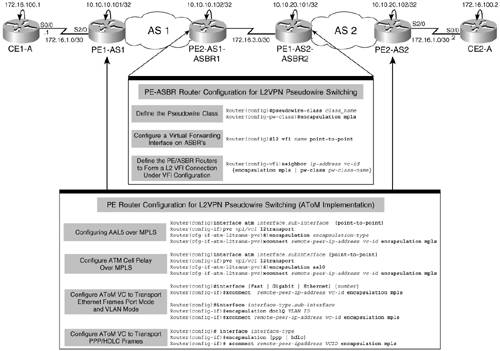 Figure 14-25 outlines the verification involved in the implementation of L2 VPN pseudo-wire switching on the PE, PE-ASBR, and CE routers in Case Study 3.

The final configurations for the devices in Case Study 3 are shown in Figure 14-26. 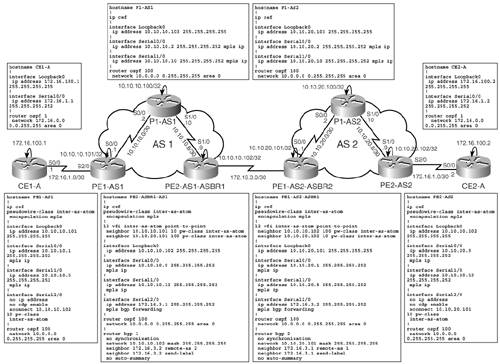