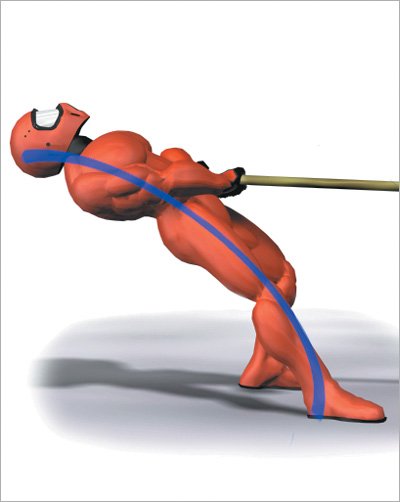 A pose is the way a character presents itself to the camera. If the character is sad, happy, frightened, or brave, you should be able to read that emotion in its pose. The way the character stands, where his hands are placed, and the position of the head all have a role in creating the pose. Like theater, dance, mime, and countless other performing arts, animation relies heavily on clear poses to convey a message.

Strong poses are one of the fundamental building blocks of animation. Even the simplest shots require that a character hit a strong pose: a pose that is anatomically correct, is pleasing to the eye, and conveys a message.