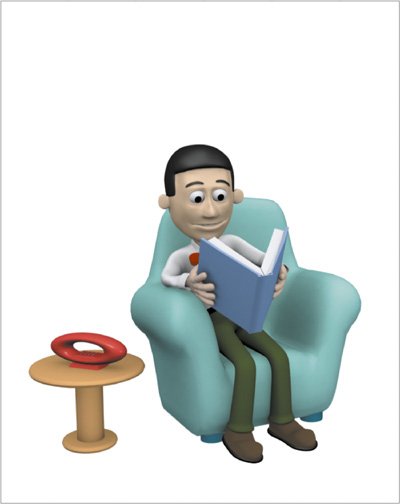 Animators are, in many respects, actors who use computers, pencils, or clay to bring a character to lifealthough while the actor works in front of an audience, the animator typically works alone, seeing the reaction of the audience only later. Bringing your character to life in a convincing manner means understanding the techniques of acting, such as being able to think and breathe like your character. When you truly step into a character, the actual act of animating becomes a bit of a blur. You become the conduit from the character to the mouse.

The animator makes characters communicate, not only with each other, but also with the audience. Characters must not only tell a story, they must also tell it in a believable and entertaining manner. When the audience pays for a ticket to your film, switches on your TV show, or downloads your movie from the Internet, they are expecting to be entertained, enlightened, and amused.