Highlighting Important Data Ineffectively or Not at All

When you look at a dashboard, your eyes should immediately be drawn to the information that is most important, even when it does not reside in the most visually prominent areas of the screen. In Chapter 5, Eloquence Through Simplicity, we'll examine several visual techniques that can be used to achieve this end. For now, we'll look at what happens when this isn't done at all, or isn't done well.

The problem with the dashboard in Figure 3-27 is that everything is visually prominent, and consequently nothing stands out. The logo and navigation controls (the buttons on the left) are prominent both as a result of their placement on the screen and the use of strong borders, but these aren't data and therefore shouldn't be emphasized. Then there are the graphs where the data reside: all the data are equally bold and colorful, leaving us with a wash of sameness and no clue where to focus. Everything that deserves space on a dashboard is important, but not equally sothe viewer's eyes should always be directed to the most crucial information first.

Figure 3-27. This dashboard fails to differentiate data by its importance, giving relatively equal prominence to everything on the screen. 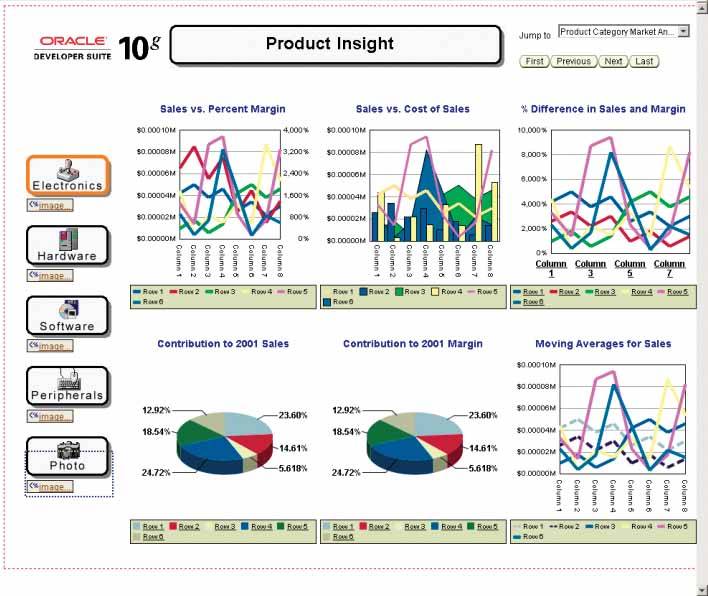