Configuring a DSP to provide transcoding or conferencing resources is often referred to as DSP farming. As noted earlier, this term is also sometimes applied to DSP sharing because the command-line interface (CLI) dspfarm command is used to configure both applications. Because the term DSP farming is somewhat ambiguous, it is preferable to explicitly state which of the features you are referring to.

The configuration is similar for transcoding and conference bridging but is significantly different for C549 DSPs versus C5510 DSPs. To distinguish between the DSP types, Cisco refers to the C5510 DSPs as "Cisco IOS Enhanced Transcoding and Conferencing" DSPs.

A gateway might have both C549 and C5510 DSPs installed. If this is the case, you can register only one type of DSP with CallManager. You can use both DSP types for voice termination.

To configure transcoding and conferencing on an NM-HDV, follow these steps:

After you complete these steps, the gateway attempts to register with the configured CallManager using a device ID of the interface MAC address preceded by "MTP" for a transcoder resource and "CFB" for a conference resource.

Example 14-9 illustrates configuration of an NM-HDV installed in a 3725 to support both transcoding and conferencing. Figures 14-2 and 14-3 show the associated CallManager configurations. 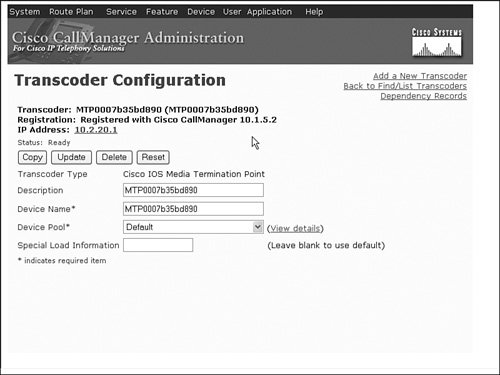 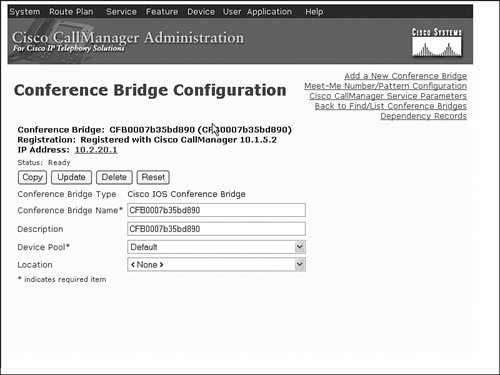 One of the features of Enhanced Transcoding and Conferencing is the ability to create multiple profiles. Profiles allow more granular control of resources and enable a gateway to register resources with multiple CallManager groups. To configure an NM-HDV2 or ISR to register with a CallManager, follow these steps:

Example 14-10 illustrates the configuration of a 2811 with two PVDM2-16s installed on the main board to support transcoding, conferencing, and MTP resources. Figures 14-4, 14-5, and 14-6 show the associated CallManager configurations. 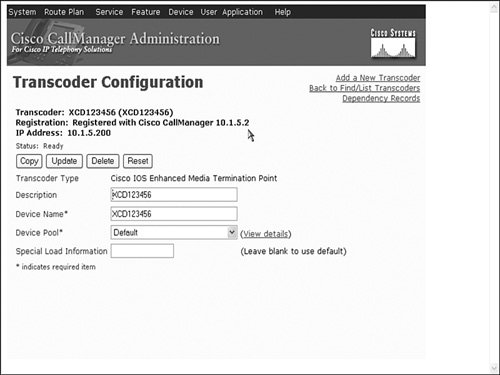 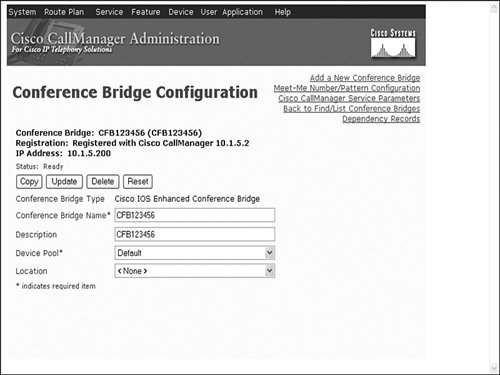 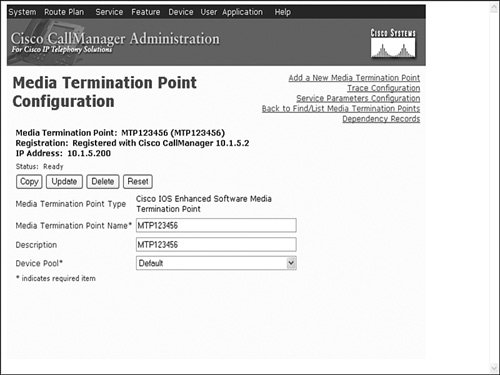