Photoshop Layers and After Effects

This chapter briefly explores that union between the two applications so you can design your projects with this workflow in mind. See Chapters 10–12 for more projects utilizing this concept.

Virtually any Photoshop file with multiple layers can be imported into After Effects with all of the layers separated—but there are a few rules to consider before attempting this process. If you don't properly organize and name your project files and name the layers correctly, you may end up with a real mess!

When you are creating your Photoshop layers, be sure to name them sequentially (1, 2, 3, etc...) or alphabetically (a, b, c, etc...), with Layer 1 or Layer a being the top layer (see Figure 2.1). This will ensure that the layers will remain in the correct order when you import the file into After Effects. I've created some real problems for myself by not remembering to do this and ended up with Background as my top layer of a 20-layer project! 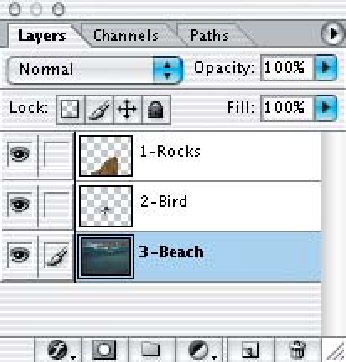 Figure 2.1: Correct naming will ensure that your project's layers will remain in the correct order when transferred.

You can import your Photoshop files into After Effects as either a footage file, which merges all of the layers together (or allows you to select just one layer in the file), or as a composition, which leaves the layers intact (see Figure 2.2). Once the file is imported into your project, you will have a composite layer and a folder that contains all of the individual layers. 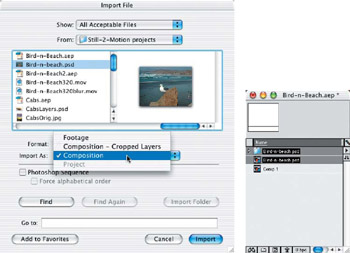 Figure 2.2: Importing the Photoshop file as a composition will keep the layers intact. 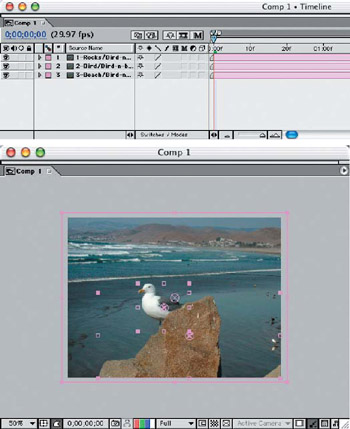 You can easily edit a file once it's imported into After Effects. Click on any layer in the Project window and select Edit > Edit Original (

/Ctrl+E). This will launch Photoshop and open the file for editing.

Once you've made your edits in Photoshop, save the file. Go back to your After Effects project, and select the layer(s) of the edited file and choose File > Reload Footage from the menu (Shift+

+L/Shift+Ctrl+L). This will update the entire project with the edited layers, so there's no need to re-import the file or start over again with a new project.

After Effects doesn't utilize layer styles like Photoshop does, so it's important to know how to transfer layers and keep the applied effects in place. In most cases, merely merging the layer with the style effect applied to a new blank layer will do the trick.

There are only four layer styles that will transfer correctly visually, though they are not editable in After Effects: Drop Shadow, Bevel And Emboss, Color Overlay, and Inner Shadow (Figure 2.4). 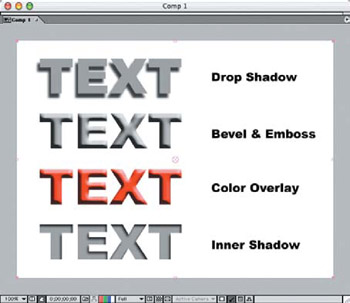 Figure 2.4: There are only four layer style effects that appear correctly when the layers are transferred to After Effects. 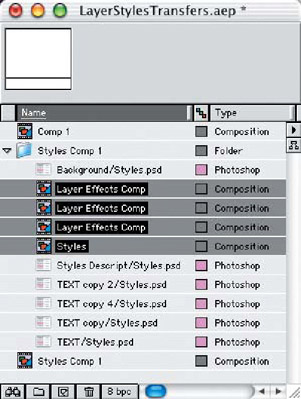 When applying effects that won't transfer—especially when there are several effects applied to one layer—you will need to create a new layer and link it with the style layer. Select Merge Linked from the Layers palette menu, and the effects will be rendered and rasterized, as shown in Figure 2.6. In this example, the layer with style effects applied was duplicated to demonstrate how both layers will transfer to After Effects.

Figure 2.6: Merge styled layers with new blank layers to render the effects in one layer, retaining all transparency of the layer's content.

Importing this example file with one rendered layer and one layer with the style effects applied shows how the effects will not transfer correctly unless rendered first (see Figure 2.7). 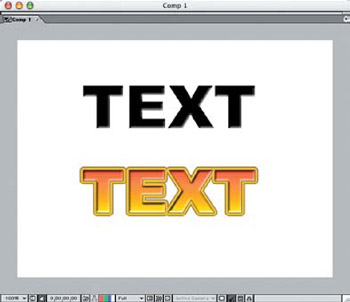 Figure 2.7: After importing the Photoshop file with both a style effect layer (black) and a rendered layer, you can see what the preferred method would be.

However, if you don't render the layers first, you can import the file as footage and merge the layers. This will render all of the style effects on the fly, but it will also flatten the file so no editable layers will remain (see Figure 2.8). 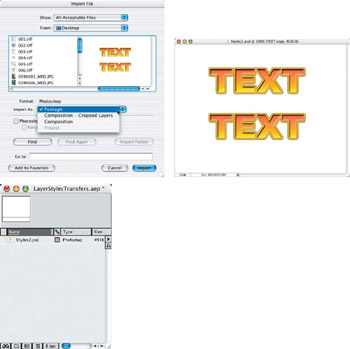 Figure 2.8: Importing the Photoshop file as footage and merging the layers, you will get a flattened image with all of the style effect layers rendered.

In this first project study of displacement maps, we will be using the file Water.jpg, found on the DVD (Figure 2.9). Notice that this is a perspective angle photograph—which will be important as we create the displacement map image. 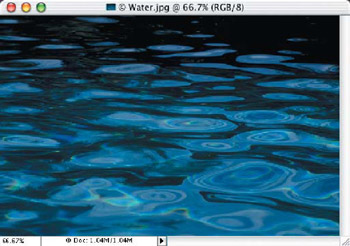 Figure 2.9: The source image that will be put into motion with a displacement map

To create the displacement map for this project, we'll start with a new image file in Photoshop that is 720720 pixels, Grayscale. Apply the Clouds filter to the image (Filter > Render > Clouds). This will create the contrasting light-to-dark areas in a random pattern.

We will need to tile this image horizontally for use as a moving displacement map. To make a seamless tile, apply the Offset filter (Filter > Other > Offset), and set the Horizontal offset to +350 pixels with the Wrap Around option selected. There will be a sharp vertical division line down the center of the image that needs to be edited out. Using the Clone Stamp tool with a large soft-edged brush, select areas of the image that will most likely cover up the hard edge line and blend them in with the rest of the image (Figure 2.10). 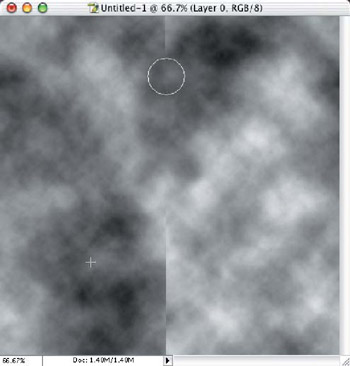 Figure 2.10: After applying the Offset filter to the cloud image, use the Clone Stamp tool to eliminate the hard vertical line down the center.

The more contrast a map image has, the more severe the motion will be. Since we don't want violent movement in the water image we're using, apply a 10-pixel Gaussian Blur to soften the image and take away any sharp contrast.

The water image we're applying the displacement map to is a perspective view, so we will control the amount of motion toward the back of the scene (or top of the image window) by adding a Solid Color Fill layer with a soft gradient mask (Figure 2.11). When selecting the color of the Fill layer, choose 50% gray (128 RGB), because this will read 0% as a displacement map color, while white is +100% and black is −100%. To further force the illusion of depth, resize the height of the image to 480 pixels, for a final dimension of 720480 pixels.

Figure 2.11: Softening the cloud effect and adding a neutral gradation from the farthest perspective point will create a sense of depth in the motion of the final composite.

Follow these steps to apply the map to an image:

Run a RAM Preview to test the animation of the displacement map effect and adjust the speed and pixel displacement as necessary (Figure 2.17). Notice how the neutral gray toward the top of the image has less of the effect applied, aiding the illusion of depth in the scene. 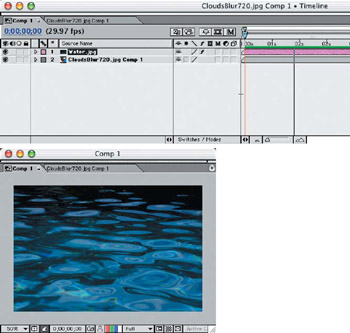 Figure 2.17: A RAM Preview will allow you to test the amount of displacement and the speed of the motion effect.

Masking and Adjusting a Displacement Map

Using different techniques in creating your displacement map for varying needs, you must keep in mind the scale of the source image and how much displacement you want to apply to generate motion.

In the image Reflect.jpg found on the DVD, we want to just put a slight motion in the water without affecting the shoreline (Figure 2.18). We need a denser displacement map for this project since we don't want to create a lot of violent motion in the water. 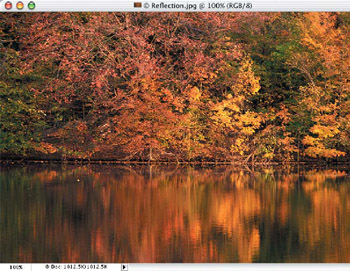 Figure 2.18: This image will require a displacement map with more density for a smaller scale water surface texture, plus a mask to keep from affecting the shoreline or the trees in the background.

/Ctrl+F) until you have a detailed swirl pattern with a lot of contrast (Figure 2.19). Next, add a new layer and apply the Clouds filter to it. Adjust the opacity of the layer to 50%, and the resulting image is softened but the details still show through the surface (Figure 2.20). 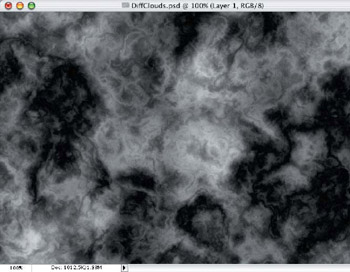 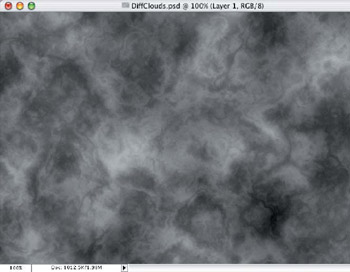 Figure 2.20: A 50% Cloud layer added above the swirl pattern softens it without losing detail.

Apply the displacement map effect to the reflection image, selecting the pre-composition layer as the displacement source, and use Luminance for both Horizontal and Vertical displacement. For this project, leave the default settings for pixel movement, as we need a more subtle effect applied to the image, and the scale is much lower.

We now need to mask the upper portion of the displacement map so the effect is applied only to the water in the image. Open the displacement map composition in the Composition window. Add a solid color layer (Layer > New > Solid), and set the color to 50% gray (128 R, 128 G, 128 B). To quickly apply an adjustable mask, we'll use a fixed Linear Wipe transition (Effect > Transitions > Linear Wipe). Set the Wipe Angle to 0 and the Transition Completion to 30%. This will place the edge of the effect close to the tree line, but adding a Feather of 75 pixels will make a smooth transition into the water and scale back the amount of movement in the water near the shoreline (Figure 2.21). 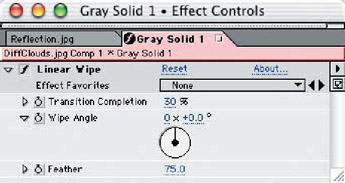 Figure 2.21: Adding a solid layer and applying a static transitional wipe will mask the effect of the displacement map to the image.

Run a RAM Preview to test the animation of the displacement map effect and adjust the speed and pixel displacement as necessary.