The Seven Fundamentals of Call Routing 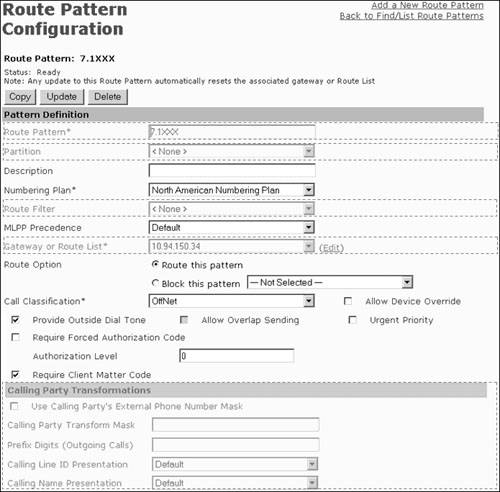 Dialing transformations, along with several miscellaneous gateway and system settings, permit CallManager to modify dialed digits and calling numbers before the destination receives a call. Also, by modifying dialed digits before passing a call to another network, you can affect which destination the other network ultimately dials.

Translation patterns provide a level of routing indirection that can resolve complicated scenarios. They are another feature that helps the call routing component fulfill its primary responsibility of selecting a destination. You can think of a translation pattern as an alias for another route pattern.

Translation patterns allow you to do the following: