The term IP telephony describes telephone systems that place calls over the same type of data network that makes up the Internet. Although strictly speaking, IP telephony primarily enables users to have voice conversations, CallManager also has the capability to enable users with PCs associated with their phones, users with video-only endpoints, and users with H.323-based video systems to have end-to-end video conversations.

What makes IP telephony systems in general, and CallManager in particular, different is that they place calls over a computer network. The phones that CallManager controls plug directly into the same IP network as your PC, rather than into a phone jack connected to a telephones-only network.

A PBX is a corporate telephone office system. These systems scale from the small office of 20 people to large campuses (and distributed sites) of 30,000 people. However, because of the nature of the typical circuit-based architecture, no PBX vendor manufactures a single system that scales throughout the entire range. Customers must replace major portions of their infrastructure if they grow past their PBX limits.

A Class 5 switch is a national telephone system operated by a local telephone company (called a local exchange carrier [LEC]). These systems scale from about 2000 to 100,000 users and serve the public at large.

Long distance companies and national carriers (called interexchange carriers [IEC or IXC]) use Class 1 to 4 switches. They process truly mammoth levels of calls and connect calls from one Class 5 switch to another. 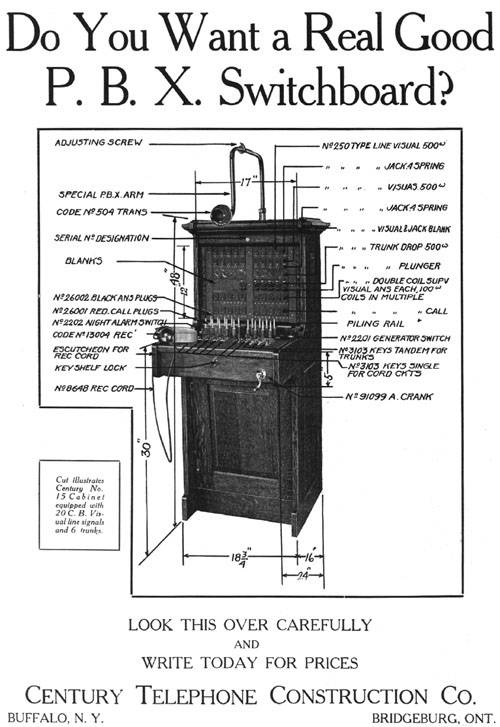 Today's central switching officespecifically, its call processing softwareis simply a computerized replacement for the old-time telephone operator. Obeying a complex script of rules, the call processing software directs the collection of the number of the called party, looks for the circuit dedicated to the called party, checks to see whether the line is busy, and then completes the circuit between the calling and called parties.

In the past, this circuit was an analog circuit from end to end. The voice energy of the speaker was converted into an electrical wave that traveled to the listener, where it was converted back again into a sound wave. Even today, the vast majority of residential telephone users still have an analog circuit that runs from their phone to the phone company's central switching office, whereas digital circuits run between central switching offices.

Packet switching is more resilient to network problems than circuit switching because each packet contains the network address of the recipient. If something happens to the connection between two routers, a router with a redundant connection can forward the information to a secondary router, which in turn looks at the address of the recipient and determines how to reach it. Furthermore, if the sender and recipient are not communicating, the resources of the network are available to other users of the network.

In circuit-switched voice communications, an entire circuit is consumed when a conversation is established between two people. The system encodes the voice in a variety of manners, but the standard for voice encoding in the circuit-switched world is pulse code modulation (PCM). Because PCM is the de facto standard for voice communications in the circuit-switched world, it comes as no surprise that a single voice circuit has been defined as the amount of bandwidth required to carry a single PCM-encoded voice stream.

Video communications require that significantly more information be sent from one end of a connection to another. In circuit-switched video communications, multiple circuits are usually simultaneously reserved for a single call to allow endpoints to exchange high-quality video.

An interesting complication involving voice encoding is introduced by packet-switched communications. Even if circuit-switched systems encode the voice stream according to a more efficient scheme, little incentive exists to do so, because, in most instances, a circuit is fully reserved no matter how little data you place on it. In the packet-switched world, however, a more efficient encoding scheme means that for the same amount of voice traffic, you can place smaller packets on the network, which in turn means that the same network can carry a larger number of conversations. As a result, the packet-switched world has given rise to several different encoding schemes called codecs.

Different types of voice encoding offer different benefits, but generally the more high fidelity the voice quality, the more bandwidth the resulting media stream requires. As the amount of bandwidth that you are willing to permit the voice stream to consume decreases, the more clever and complex the codec must become to maintain voice quality. The codecs that attempt to minimize the bandwidth required for a voice stream require complex mathematical calculations that attempt to predict in advance information about the volume and frequency level of an utterance. Such codecs are highly optimized for the spoken voice. Furthermore, these calculations are often so computationally intensive that software cannot perform them quickly enough; only specialized hardware with digital signal processors (DSP) can handle the computations efficiently. As a result, codec support often differs substantially from device to device in the VoIP network, because devices that do not incorporate DSPs can generally support only easy-to-encode and easy-to-decode codecs such as G.711.

Because not all network devices understand all codecs, an important part of establishing a packet voice call is the negotiation of a voice codec to be used for the conversation. This codec negotiation is a part of a packet-switched call that does not assume nearly the same importance on a circuit-switched call. Chapter 5, "Media Processing," discusses codecs in more detail.

The information contained in a video call is also encoded using a particular codec; unlike voice codecs, however, of which a handful of variants must be interworked, for interactive videoconferencing, video in the IP world has widely adopted H.263 to encode end-to-end video information (although most products are moving toward H.264).

The rest of this chapter discusses the following topics: