In case RMI is new to you, it's worthwhile to get a brief overview of the technology before moving into the details of using RMI with Quartz. If you're completely comfortable with RMIand, specifically, Java RMIfeel free to skip this material.

RMI is a mechanism that enables an object in one address space to communicate with objects in a different address space. These two address spaces can exist on the same machine or on entirely different ones. In general, you can think of RMI as an object-oriented Remote Procedure Call (RPC) mechanism.

RMI is not specific to Java, but Java does have its own version: Java RMI, which is released and supported by Sun (http://java.sun.com/products/jdk/rmi) as part of its Java SDK. Java RMI allows objects running in one JVM to communicate with and invoke methods on objects running in a second. These two JVMs can be running on the same machine or, more interestingly, on different ones. They might even be running on different platforms. For example, one JVM might be running on a Windows box, while the second runs on Linux. With Java RMI, it really doesn't matter. Figure 9.1 illustrates this scenario. 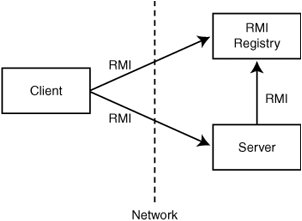 Figure 9.2. Java supports separating the service interface from the implementation. 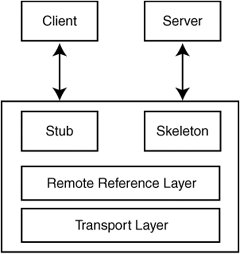 Figure 9.3. All communication from the client to the server goes through the proxy object. 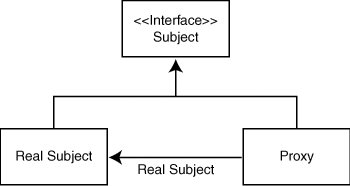 Components of a Java RMI Application

The RMI client is a Java program that (typically) runs in a separate JVM from the server; it might be on the same physical machine as the RMI or distributed on a separate machine. The client gets a reference to the server object by looking it up in the RMI Registry.

The RMI Object Registry is used by both the RMI client and server. When the server wants to make an object available to remote clients, it registers the object (along with a unique name) with the Registry. After a server object has been registered, RMI clients and methods invoked on the object can look it up.