Public key infrastructure (PKI) is a framework that consists of hardware, software, and policies that exist to manage, create, store, and distribute keys and digital certificates. Although PKI is not needed for small groups, exchanging keys becomes difficult as the groups become bigger. To respond to this need, PKI was developed. The components of the PKI framework include the following:

Trust isn't a problem in small organizations, but when you need to communicate within large organizations, with external clients, and third parties, it's important to develop a working trust model. Organizations typically follow one of several well-known trust models. Three of the most common include

A single authority trust model uses a single third-party central agency. This agency provides the trust, the authority, and any keys issued by that authority. An example of this is shown in Figure 12.9. 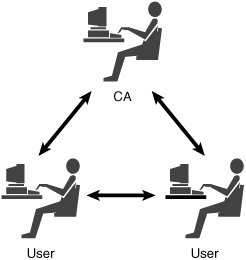 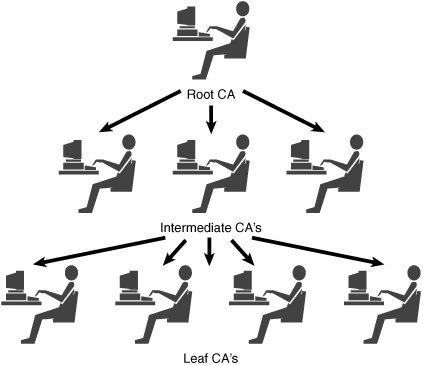 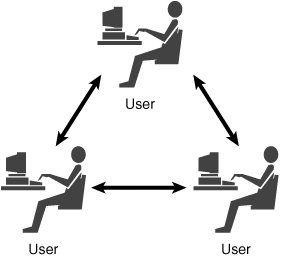 Inside Network Security Assessment: Guarding Your IT Infrastructure