3D Rendering with OpenGL and DirectX 9

D Rendering with OpenGL and DirectX 9

In this chapter, we look at the two major 3D APIs that we have access to on the Tablet PC: OpenGL® and DirectX®. In Chapter 30, Using Third-Party Engines, we explore a third-party engine that wraps up many of the DirectX functions, making the development process a much quicker and easier task.

OpenGL with the Tao Library

Before we develop with OpenGL, we are going to download an open source library that is a wrapper for OpenGL. To get started, download the library, currently at version 0.1.1, from http://www.randyridge.com/Tao/. Once downloaded, you need to unzip the compressed file. Inside the extracted directory, you will find two files. These files should be placed in a location that you will remember because we need to add a reference to the DLL from our project.

Because we are using Windows, and Glut is not installed by default, you will now need to download and install it. You can download the Windows binary from http://www.xmission.com/~nate/glut.html. Inside the compressed file, you will find Glut32.dll among others. The DLL file needs to be copied to C:WindowsSystem32.

Create a new empty application project in VB .NET and a reference to the Tao DLL that we downloaded earlier. If you are familiar with OpenGL, you have undoubtedly heard about the Redbook (http://www.opengl.org/developers/code/examples/redbook/). If you look at the page, and browse approximately one fourth of the way down, you will see an application called light. We are going to develop an application similar to light so that you can compare the code for each of them. It also allows you to see how quick and easy Tao is to work with.

Add a new empty Class Library to the project, leaving the name as

Class1.vb. Next, add the following Imports to the Class Library:

The next step is to create Sub Main. This is the first Sub procedure that gets called in the application. We begin this Sub by initializing Glut. Next, we create a window of size 500 x 500, set its position, and give the window a name. The remaining lines of code for this procedure call various additional Sub procedures that we have yet to create.

The first of the Sub procedures that is called from Sub Main is Init. This procedure sets the material, light position, shading mode, and, generally speaking, a variety of attributes related to the lights and the 3D sphere we'll create.

Because we mentioned it, it's now time to create the sphere in the Sub procedure called Display:

The next procedure that is called is Keyboard. It is simply used to test for the press of the Esc key. If the key is pressed, the environment ends. Otherwise, code continues to function as normal.

That's all there is to this application, which displays a sphere, as shown in Figure 29.1. This is a simple example, but you can quickly see how powerful Tao can be to you as you develop for the Tablet PC. In the next section of this chapter, we look at Direct X 9. 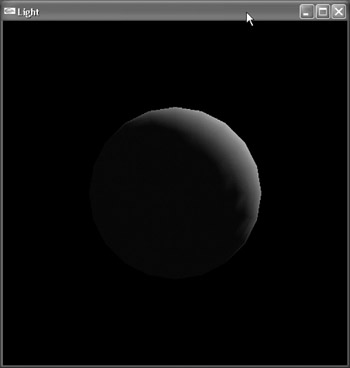 Figure 29.1: This sphere is visible on execution.

We have looked at OpenGL, which is available on many platforms and is a very popular 3D API. Now, we take a look at DirectX, which is available only for Windows PCs. As we are working with the Tablet PC in this book, this does not have any issues for us. However, if you ever plan to run an application outside of Windows, DirectX will probably never be available. The idea behind managed code means that if the .NET Framework becomes available for another platform, your application will instantly run on it as long as it is using all managed code. It's true that this helps some applications, but probably will never affect DirectX programs because DirectX is tied to the Windows OS and most likely will never be ported. On the other hand, if you were to develop a Tao-based application, you should have much more portability.

Like OpenGL, we need to get the appropriate SDK before we can begin writing software. For DirectX, you can freely download it from www.microsoft.com. It is currently in release 9.0a.

The first step is to create a new Windows Forms application in VB. We'll use the form for rendering our 3D sphere, which looks very similar to the OpenGL version we have already developed. We can leave the properties of the default form alone and concentrate on the code.

The next step is setting up the variables for the application:

In the Form_Load event, we check for an available adapter, create a device to render to, and initialize Direct3D. At the end of the procedure, we make calls to two additional procedures, which are completed next. Here is the code for this procedure:

The InitializeDirect3D procedure basically just makes calls to other procedures, including CreateMesh, CreateMaterial, CreateLights, and InitializeView. The names of the procedures reflect the actions that they perform. The StartRefreshCycle procedure also does what you would expect. Here is the code for the two procedures:

We now create each of the Sub procedures called by the InitializeDirect3D procedure, beginning with CreateMesh. The CreateMesh procedure creates a sphere, which is rendered in the scene much like the sphere we created in the OpenGL version. Here is the code:

The next step is to create the material for the mesh. We can use the CreateMaterials Sub procedure, which was called next by InitializeDirect3D. We are not going to use a texture for the mesh and will simply use the color white for the material. Along the same lines, the code for creating the light is located in the CreateLights Sub procedure. The code could have been combined, but for easier reading, they have been placed in their own procedures. Here is the code for each of them:

The next procedure that gets called is InitializeView. Like the name suggests, the code basically sets up the view for our scene. Here is the code:

The remaining two procedures are Render and OnDeviceReset. OnDeviceReset simply calls InitializeDirect3D, the procedure we looked at earlier. The Render procedure contains the code, which actually causes the mesh to be rendered to the screen. Here is the code for both of them:

If you were to run the application at this time, you would see a scene rendered something like Figure 29.2. 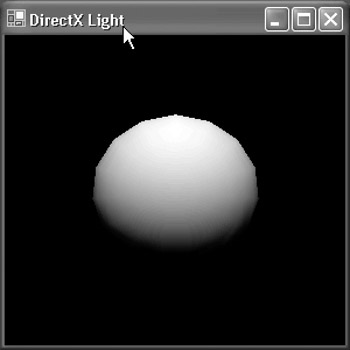 Figure 29.2: The scene rendered in DirectX is similar to its OpenGL counterpart.

In this chapter, we built two quick examples for 3D rendering using two different APIs, both of which are extremely popular and can be very productive. The decision on which to use is dictated by your own preferences. In Chapter 30, Using Third-Party Engines,we're going to use a 3D engine instead of creating one with OpenGL or DirectX.