So far in this book, all the Swing applications have been pretty boring. They've had plenty of labels, text fields, combo boxes, and the like, but no pictures!

This chapter remedies that. You find out how to incorporate graphic images (that is, pictures-not necessarily images of a graphic nature) into your Swing applications. And just to make things interesting, I show you how to throw in sound effects and music, too.

I'm a big believer in shortcuts, except on family vacations. I took a shortcut once on a family trip to see Mt. Lassen. It turned out the shortcut involved about five miles on a windy dirt road that took about an hour. We would have arrived one-half hour sooner had we gone the long way. But trust me: This isn't that kind of shortcut. You really get there faster if you skip the MediaTracker details until the end.

An image is a file that contains a picture. Java supports pictures in several different formats, including

The easiest way to work with images is to use the ImageIcon class. This class lets you load an image from a file using a filename or URL. Then, you can display it by attaching it to a label or button component or by painting it directly. The ImageIcon class shelters you from the details of using the MediaTracker class by automatically waiting for the entire image to load.

Using ImageIcon in a Swing application

In a Swing application, you can load an image directly into an ImageIcon object by specifying the filename in the ImageIcon constructor, like this:

Here, an ImageIcon object is created from a file named HalfDome.jpg. This file must live in the same directory as the class file. However, you can just as easily provide a path in the String parameter, like this:

Here, the file is in the root directory of the C: drive. (Remember that you have to use two backslashes to get a single backslash in a Java string literal.)

Here, a label is created from the previously created ImageIcon object named pic. Then, when you add this label to a panel or frame, the image is displayed.

Putting this all together, here's a complete application that displays the HalfDome.jpg image in a frame; Figure 3-1 shows the frame displayed when this program is run. 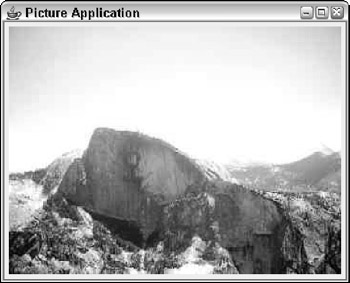 Figure 3-1: Displaying an image in a Swing application.

Although this example shows how to display a large JPEG file, the ImageIcon class is also commonly used to attach smaller GIF images as icons for various types of buttons. To do that, you simply pass the ImageIcon object to the button constructor.

For example, the following code produces the button shown in the margin:

You can also create buttons with both text and an icon. For example, I created the button shown in the margin with this code:

Using ImageIcon in an applet

If the program is an applet, use a URL instead of a filename to identify the image file. The only trick is figuring out how to get a URL for a file that lives in the same location as the applet itself. To do that, you can use this strange but functional incantation:

Here, you use the class property of the class that defines your applet (in this case, PictureApplet) to get its Class object, and then call the getResource method, which returns a URL object for the specified file. After you have the URL of the image file, you can create an ImageIcon from it like this:

Then, you can use the ImageIcon object in a label or button component, or you can use the getImage method to get the underlying Image object so you can paint it directly to the screen.

Image is an abstract class, so it doesn't have a handy constructor you can use to create an image from a file or URL. However, you can create an Image object from a file two fairly simple ways: with the ImageIcon class, as described in the preceding section, or with the Toolkit class.

You want to put this code in the panel constructor so that it's executed only once.

The other way is to use the getImage method of the Toolkit class. First, you use the static getDefaultToolkit method to get a Toolkit object. Then, you call getImage to load an image from a file. For example:

Again, this code goes in the panel constructor to avoid reloading the image every time it needs to be painted.

If you're just loading a single image and the image is small, either technique is suitable. If you're loading a lot of images or if the image is large, the Toolkit technique is a better choice for two reasons. First, it avoids creating a bunch of unnecessary ImageIcon objects. And second, it doesn't tie up the application until the entire image is loaded.

After you load an image and create an Image object, you can draw it by adding code in the paint method:

The drawImage method takes four parameters. The first three are easy enough to understand: They are the image to be painted and the x and y coordinates where you want the image to appear. The fourth parameter is an object that implements the ImageObserver interface. This interface includes a method called imageUpdate that's called whenever the status of the image has changed. For small images or for applications that load the image from a local file, this method is probably called only once, when the image has finished loading. However, if you load a large image over the Internet (for example, in an applet), the imageUpdate method is likely called several times as each chunk of the image is received.

Fortunately, it turns out that all Swing components including JPanel implement the ImageObserver interface, and their default implementation of the imageUpdate method is to simply call repaint. This method, in turn, calls the paint method, so the image is automatically drawn again.

Note another form of the drawImage method that lets you set the size you want the image drawn. For example:

Here, the image is drawn in a 200 × 200 rectangle starting at the top-left corner of the panel.

The first two parameters of this method specify the desired width and height. If you set one of these parameters to a negative value, the getScaledInstance method calculates the appropriate value while preserving the original image's aspect ratio. The third parameter is a constant that indicates what scaling method to use. The three choices you use most are SCALE_DEFAULT, which uses the default method; SCALE_SPEED, which favors speed over smoothness; and SCALE_SMOOTH, which favors smoothness over speed.

To show how the elements presented in the last two sections work together, Listing 3-1 shows a complete program that uses the Image class to display an image in a panel.

To add a little interest, this application uses a JFileChooser dialog box to let the user select the image to be displayed, as shown in Figure 3-2. The file chooser includes a filter so only JPEG, GIF, and PNG files are listed. For more information about the JFileChooser class, see Book VIII, Chapter 1. 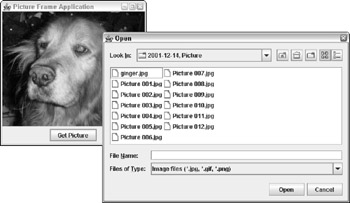 Figure 3-2: The Picture-Frame application in action.

The following paragraphs hit the highlights of this program:

Java provides built-in support for playing sound and music files. You can play sound and music files in a variety of formats, including wave files in several formats (WAV, AU, RMF, and AIFF as well as MIDI files). Wave files are usually used to add specific sound effects to your application, such as chimes, explosions, or drum rolls. MIDI files let you play music while your application is running.

An audio file is represented by an object that implements the AudioClip interface, whose methods are listed in Table 3-3. As you can see, this interface is simple: You can play a sound once, play it in a loop, and stop playing the sound. Note that when you play or loop a sound, your program doesn't wait for the sound to finish playing. Instead, the sound is played in a separate thread so your program can continue with its other chores.

Interestingly enough, the easiest way to create an AudioClip object is to use a static method of the Applet class called newAudioClip. This is a little confusing; because it's a static method, you can use it in non-applet programs as easily as applets. Go figure. Anyway, the newAudioClip method requires a URL, not a simple filename, so you must first figure out how to get a URL for the sound file you want to play.

Here's a snippet of code that creates an AudioClip from a file named hit.wav and plays it:

To make things a little more interesting, Listing 3-2 shows a program that plays the hit.wav sound every time you click the mouse in the program's frame. This program displays an empty frame that has a MouseListener installed. Then, each time the mouseClicked method is called, the sound is played.