ASCII, the American Standard Code for Information Interchange, is a 7-bit character set. Thus it defines 27, or 128, different characters whose numeric values range from 0 to 127. These characters are sufficient for handling most of American English. It's an often-used lowest common denominator format for different computers. If you were to read a byte value between 0 and 127 from a stream, then cast it to a char, the result would be the corresponding ASCII character.

ISO 8859-1, Latin-1, is an 8-bit character set that's a strict superset of ASCII. It defines 28, or 256, different characters whose numeric values range from 0 to 255. The first 128 charactersthat is, those numbers with the high-order bit equal to 0correspond exactly to the ASCII character set. Thus 65 is ASCII A and Latin-1 A; 66 is ASCII B and Latin-1 B; and so on. Where Latin-1 and ASCII diverge is in the characters between 128 and 255 (characters with the high-order bit equal to 1). ASCII does not define these characters. Latin-1 uses them for various accented letters such as ü needed for non-English languages written in a Roman script, additional punctuation marks and symbols such as ©, and additional control characters. The upper, non-ASCII half of the Latin-1 character set is shown in Table A-2 in the Appendix. If you were to read an unsigned byte value from a stream, then cast it to a char, the result would be the corresponding Latin-1 character.

Latin-1 suffices for most Western European languages (with the notable exception of Greek), but it doesn't have anywhere near the number of characters required to represent Cyrillic, Greek, Arabic, Hebrew, or Devanagari, not to mention pictographic languages like Chinese and Japanese. Chinese alone has over 80,000 different characters. To handle these scripts and many others, the Unicode character set was invented. Unicode has space for over one million different possible characters. Only about 100,000 are used in practice, the rest being reserved for future expansion. Unicode can handle most of the world's living languages and a number of dead ones as well.

Unicode is only a character set. It is not a character encoding. That is, although Unicode specifies that the letter A has character code 65, it doesn't say whether the number 65 is written using one byte, two bytes, or four bytes, or whether the bytes used are written in big- or little-endian order. However, there are certain standard encodings of Unicode into bytes, the most common of which are UTF-8, UTF-16, and UTF-32.

UTF-32 is the most naïve encoding. It simply represents each character as a single 4-byte (32-bit) int.

UTF-16 represents most characters as a 2-byte, unsigned short. However, certain less common Chinese characters, musical and mathematical symbols, and characters from dead languages such as Linear B are represented in four bytes each. The Java virtual machine uses UTF-16 internally. In fact, a Java char is not really a Unicode character. Rather it is a UTF-16 code point, and sometimes two Java chars are required to make up one Unicode character.

Finally, UTF-8 is a relatively efficient encoding (especially when most of your text is ASCII) that uses one byte for each of the ASCII characters, two bytes for each character in many other alphabets, and three-to-four bytes for characters from Asian languages. Java's .class files use UTF-8 internally to store string literals. 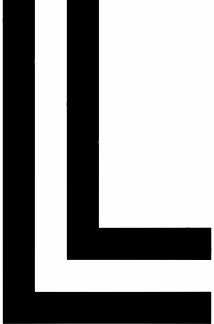 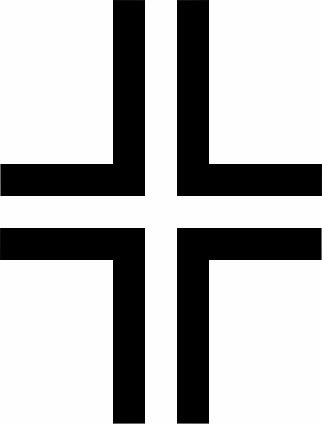 . Big-5 and SJIS are encodings of Chinese and Japanese, respectively, that include most of the numerous characters used in those scripts.

The exact details of each encoding are fairly involved and should really be handled by experts. Fortunately, the Java class library includes a set of reader and writer classes written by such experts. Readers and writers convert to and from bytes in particular encodings to Java chars without any extra effort. For similar reasons, you should use a writer rather than an output stream to write text, as discussed in Chapter 20.

In Java, a char is a 2-byte, unsigned integerthe only unsigned type in Java. Thus, possible char values range from 0 to 65,535. Each char represents a particular character in the Unicode character set. chars may be assigned to by using int literals in this range; for example:

chars may also be assigned to by using char literalsthat is, the character itself enclosed in single quotes:

Sun's javac compiler can translate many different encodings to Unicode by using the -encoding command-line flag to specify the encoding in which the file is written. For example, if you know a file is written in ISO 8859-1, you might compile it as follows:

The list of available encodings is given in Table A-4.

Unicode escapes may be used not just in char literals, but also in strings, identifiers, comments, and even in keywords, separators, operators, and numeric literals. The compiler translates Unicode escapes to actual Unicode characters before it does anything else with a source code file.