When a request arrives that a WDF driver is prepared to handle, WDF creates an I/O request object to represent the underlying IRP, queues the object, and eventually dispatches the request to the driver. The driver receives the request as a parameter to an I/O event callback or by calling a method on a queue.

The driver can call WDF methods to retrieve information about the request such as the request type, parameters, data buffers, and associated file object.

After the driver has completed the request, it must not attempt to access the request object or any of its child objects other than to release any outstanding references.

A driver can create its own I/O request objects to request I/O from another device or to split an I/O request into multiple, smaller requests before completing it.

Read, write, and device I/O control requests include buffers for the input and output data associated with the request. WDF creates memory objects to encapsulate these buffers and embeds the memory objects in the I/O request objects that it creates. Each memory object contains the length of the buffer that it represents. WDF methods that copy data to and from the buffer validate the length of every transfer to prevent buffer overruns and underruns, which can result in corrupt data or security breaches.

Chapter 9, "I/O Targets," provides more information on the lifetimes of memory objects and the underlying buffers.

At first glance, memory objects may seem unnecessary. Why not just provide the pointer to the buffer directly instead of requiring yet another object?

In WDM drivers, a request can either have a buffer (for buffered I/O) or an MDL (for direct I/O), and your driver needs to be sure the right type is provided for each call. Changing your WDM driver from buffered I/O to direct I/O can require a major over-haul. Even worse, you can't easily find all the places that need to be changed-until you hit them at runtime.

One advantage of WDF memory objects is that we can abstract both types of data buffer (buffered and direct) so that the driver doesn't use special code for one type or the other. If you have a buffer for direct I/O and you want a pointer to the data, it's the same call sequence as if you had a buffered I/O request. WDF manages the difference for you. As a result, changing your WDF driver from buffered to direct I/O is as simple as changing the I/O type flags at initialization.

WDF memory objects have other advantages, too, as you'll surely discover as you write and debug your driver.-Peter Wieland, Windows Driver Foundation Team, Microsoft

In UMDF, a memory object encapsulates an I/O buffer that is associated with an I/O request. The memory object can be used to copy data from the driver to the buffer and vice versa. Memory objects expose the IWDFMemory interface.

Drivers can retrieve the memory object from an I/O request by using the methods in Table 8-2. These methods return a pointer to the IWDFMemory interface on the object.

A UMDF driver takes the following two steps to access a buffer:

When the driver calls IWDFRequest:CompleteXxx to complete the I/O request, the framework deletes the memory object. The buffer pointer is then invalid.

Listing 8-1 shows how the Fx2_Driver sample retrieves the memory object and the underlying buffer pointer from an I/O request object. This code is excerpted from the queue callback object's IQueueCallbackDeviceIoControl::OnDeviceIoControl method in the ControlQueue.cpp file.

Listing 8-1: Retrieving a memory object and buffer pointer in a UMDF driver

In WDF, input and output buffers are so called based on the driver's perspective, not the application's perspective. In a WDF driver, a read request has an output buffer because the driver writes data from the device to the buffer. A write request has an input buffer because the write request supplies data to be written to the device. This naming inverts the standard application concept that read represents an input activity and write represents an output activity.

In KMDF drivers, a WDF memory object represents a buffer. The object can be used to copy data to and from the driver and the buffer represented by the WDF memory handle. In addition, the driver can use the underlying buffer pointer and its length for complex access, such as casting to a known data structure. Depending on the type of I/O that the device and driver support, the buffer can be any of the following:

The WdfRequestRetrieveXxx methods return the memory objects and buffers from a request. Table 8-3 summarizes these methods.

After the driver has a handle to the WDFMEMORY object, it can use WdfMemoryXxx methods to manipulate the object and read and write its buffers. If the driver performs buffered or direct I/O, it can access the buffers in either of the following ways:

For requests to perform METHOD_NEITHER I/O, KMDF provides methods to probe and lock user-mode buffers. The driver must be running in the context of the process that sent the I/O request to probe and lock a user-mode buffer, so KMDF also defines a callback that drivers can register to be called in the context of the sending component. See "Accessing Buffers for Neither I/O in a KMDF Driver" later in this chapter for more information.

If the KMDF driver supports buffered or direct I/O, it can read and write either the buffer passed by the originator of the I/O request or a WDFMEMORY object that represents that buffer.

To get a handle to the WDFMEMORY object, the driver calls:

Each of these methods returns a handle to a WDFMEMORY object that represents the corresponding buffer and is associated with the WDFREQUEST object.

For buffered I/O, the input and output buffers are the same, so both of these methods return the same pointer. Therefore, when performing buffered I/O, a driver must read and capture all input data from the buffer before writing any output data to the buffer.

The Osrusbfx2 driver performs buffered I/O. When this driver receives a read request, it retrieves the WDFMEMORY object from the request by using the following statement:

This call to WdfRequestRetrieveOutputMemory returns a handle to the memory object in reqMemory. The driver then validates the request and sends it to a target USB pipe.

Accessing Buffers for Neither I/O in a KMDF Driver

To validate the buffer pointer and lock down the buffer, the driver must be running in the context of the requesting user-mode process. To ensure that it is called in the user's context, a KMDF driver that performs METHOD_NEITHER I/O must implement an EvtIoInCallerContext callback and call WdfDeviceInitSetIoInCallerContextCallback register this callback when it initializes the device object. The framework calls EvtIoInCallerContext in the caller's context every time it receives an I/O request for the device object. This function should get the buffer pointer from the request, validate it, and lock the user-mode buffer into memory.

To get the buffers that are supplied in METHOD_NEITHER I/O requests, EvtIoInCallerContext can call either of the following methods:

These methods validate the buffer lengths that are supplied in the request and return a pointer to the user-mode buffer. They return a failure status if the buffer length is invalid, if the I/O transfer type is not METHOD_NEITHER, or if the framework finds any other errors. They must be called from within a driver's EvtIoInCallerContext callback and will fail if called from any other callback.

After the driver has locked the buffer into memory, it should store the buffer pointer in the context area of the WDFREQUEST object. If the locked buffer contains embedded pointers, the EvtIoInCallerContext callback must validate the embedded pointers in the same way. If the user's buffer contains input data, the driver should capture the data in a safe kernel-mode buffer.

The following code is from the Nonpnp sample, which uses METHOD_NEITHER for a device I/O control request. It shows how to create an object context area for the request, store the buffer pointers, and return the request to the framework for queuing. By creating a new context area for this request, instead of associating a context area with every I/O request that the framework creates, the driver ensures that memory is used only for those requests that require it.

In the header file, the driver declares the context type and names the accessor function as follows:

The WdfDeviceEnqueueRequest method causes the framework's I/O handler to follow its usual pattern to queue the request, as described in Figure 8-5. 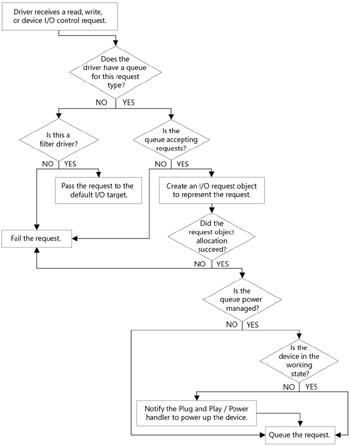 Figure 8-5: Flow of I/O requests through the framework

If the driver has configured parallel or sequential dispatching for the queue, the framework later invokes the I/O event callback for the I/O type that is specified in the request. If the driver has configured manual dispatching, the driver calls one of the WdfIoQueueRetrieveXxx methods when it is ready to receive and handle the request. Before the driver accesses the buffer, it uses the accessor function for the WDFREQUEST object (in the example, GetRequestContext) to get a pointer to the context area from which it can retrieve the buffer pointer.

However, if the driver allocates resources related to the request or performs other actions that require cleanup when the request is canceled, the driver should register EvtObjectCleanup for the WDF request object.

In the simplest scenario, the framework dispatches a request to the driver and the driver performs I/O and completes the request. In this case, the underlying buffer might have been created by a user-mode application, by another driver, or by the operating system itself. When the driver completes the I/O request, the framework deletes the memory objects that are associated with the request. The buffer pointer is then invalid.

If the driver created the buffer, the memory object, or the request, or if the driver forwarded the request to an I/O target, lifetimes become more complicated.

Chapter 9, "I/O Targets," provides details about the lifetimes of memory objects and buffer pointers in requests that the driver sends to an I/O target.