The following hardware and software is required for Lotus Domino for Linux on zSeries.

Domino for Linux on zSeries requires the following hardware.

You will need a minimum of three volumes of DASD space for the initial installation of Domino; we recommend four or more volumes if you are installing a mail server. Table 2-1 describes how those volumes are used.

In addition to the DASD needed for Domino, you will need to consider the Linux swap space and VM page space. For more discussion on these topics, refer to the chapters on installation, performance, and capacity planning.

Refer to Chapter 4, "Disk configuration" on page 49 for more information and recommendations about filesystem layout. This chapter contains topics like 4.4, "Logical Volume Manager (LVM)" on page 56, 4.5, "Domino filesystem structure" on page 61, and 4.6, "Placement of high-use Domino files" on page 64.

Lotus Domino for Linux on zSeries requires the following software:

To install the Domino software, you need the following clients.

You will need either a telnet or ssh client to install the Domino server. If telnet is not available in your installation, you can use one of the ssh clients, like PuTTY. There are a number of free secure shell clients available. We used PuTTY, a free download from:

You can also find more information about ssh at: 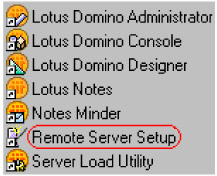