Because Class Designer is coupled tightly with the underlying code, the available toolbox items depend to some extent on the language of the project to which you add a class diagram. Figure 5-1 presents the Class Designer toolbox for Visual Basic, which differs from the C# toolbox in only two respects: 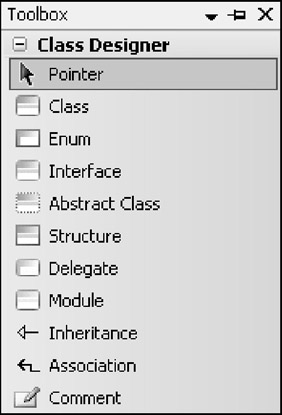