When Anita Roddick founded The Body Shop, she had no idea that in a few short years the company would be opening outlets in shopping malls all over the world. Although there have been ups and downs along the way, including some recent reversals in some of the company’s attempts to expand, its rapid success in a market dominated by giant cosmetics firms has been nothing short of phenomenal. Much of this success can be attributed to Roddick’s radically new approach to beauty and body care. This fresh approach resonated immediately with women looking for a more wholesome and “natural” way to care for their physical appearance. In an industry that packages new concepts on a daily basis—and then markets them with exorbitantly financed campaigns—how did Roddick’s ideas stand out from the rest? And where did she get the ideas that built her company and changed an entire industry to boot? 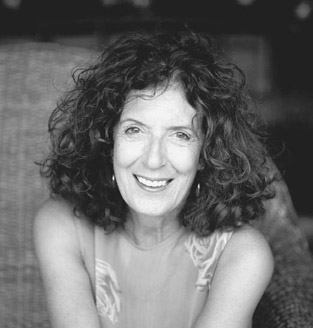 In Roddick’s case, the inspiration came from what she calls a humanitarianism that has guided all the important choices in her adult life. Put simply, her humanitarian impulses have determined the kinds of relationships she has had with people who have been crucial to The Body Shop’s success. First and foremost among these people were women in developing countries whose native methods of bodily care became Roddick’s signature product. Roddick’s admiration for these women, and her fascination with their culture, enabled her to learn from what they were doing and establish highly generative business relationships with them. Listening to, learning from, and conducting successful business with indigent tribal women from many parts of the world requires a number of capacities that spring directly from a humanitarian orientation: deep interest in people from all backgrounds, respect for people with different knowledge and skills than yourself, humility with respect to the wisdom of people without formal education, and trust in their capacities to deal honestly and responsibly with an outsider.

Roddick began her journey into the minds and practices of these women quite literally with a journey—a series of travels to the Third World that she did when in her twenties. Even at the time she had a sense that these were more than recreational trips. Roddick sees journeying as a way of playing out the sense of human connection—the humanitarianism—that guides her life. The journeys offered her a broad mix of intellectual, personal, and moral benefits, including observations, ideas, contacts, self-reflection, and opportunities for service. “So the things I put into my life are journeys, and I think journeys create insights. . . . My job is, how do you [create] a value system where humanity, community is part of the system? So I journey. I do remarkable journeys. I think that I could name a hundred and one things. I could name the prisoners of conscience we got released. The people’s lives that you save.”

The reciprocal interplay of learning from and teaching, inspiring and becoming inspired by, profiting from and contributing to characterizes the humanitarian orientation that guides Roddick’s working relations. It is not merely that Roddick conducts her affairs this way out of a sense of duty. She finds the very roots of her success in her attitude of respect and concern for the women she meets on her travels. As she told me:

The travels that I did for years in the sixties, traveling around the world, living in these preindustrial communities, gives you an edge. And it doesn’t take long to realize that you can wash your hair with almost anything. You don’t carry a shampoo bottle with you when you’re stuck in some village in South Africa or somewhere.

I think my success comes through the ability to gather around women and get their stories out of them and the stories of the rituals of the body. I think I’ve done that. So when I opened the shop, I had all these amazing stories. Like, “Oh, I was in Sri Lanka and the women would eat the pineapples and not throw the skins away and rub it on their body.” And years later you realize it’s because this particular protein that gets rid of God-knows- what in there, acid. . . . I’m a storyteller, so people love that. I think that was part of the success.

What began as youthful curiosity and enthusiasm for the practices of native cultures matured into a systematic method of examining these practices and adapting them for universal uses. Roddick speaks of this method almost the way that an anthropologist describes ethnography, as an exercise in storytelling. But in Roddick’s case it was storytelling that addressed a pointed business question: how can the health-care practices of these native women teach us lessons that will help The Body Shop stand out in the crowded and poorly served cosmetics market? Roddick was always conscious of what she was after while she was listening to the stories of native women in faraway lands.

To this day she credits these narrative exchanges with the radical concepts that set The Body Shop apart from the rest of its industry. These exchanges provided fuel for Roddick’s vital moral imagination: “Part of the success was sticking two fingers up to the cosmetics industry. It’s an overpackaged industry. Plays on women’s fears. It’s bloody boring, if you ask me, because all that says is, ‘Shut up, get a face-lift, or diet!’ So being able to challenge that, it’s really easy, let me tell you. This is not rocket science. It’s so bloody easy to go in the opposite direction of the cosmetics industry. It’s so easy because they all say the same things, do the same things, use the same language. It’s easy to come in like this kid who just says, ‘Give me a break!’ We were going the route of indigenous people’s wisdom.”

Roddick’s creative gift was the capacity to look at what indigenous people were doing with fresh eyes and learn from their wisdom. Now that she has proven the commercial value of this strategy, many others are following similar paths, but when she founded The Body Shop, Roddick was essentially alone in her approach. It was an approach founded on a deep respect for the native people whom she journeyed across the world to meet, as well as an antipathy for the inadequate ways that women were being served by the cosmetics industry of the time. Her sharp sense of business opportunity coupled with her burning desire to succeed fueled Roddick’s moral imagination and gave her the necessary competitive advantage to stand out from the rest of this crowded industry.