To deal with this complex topic we have structured this chapter into four main areas: Background, Concerns, Recommendations and Future Trend.

Background presents the central theme of the historical shifts from a mainframe to a client-server and now to an application service provision (ASP) strategy for Intelligent Enterprises. An observer of the Client-Server technology would have found the task of accurately discerning the path of that technology during the last decade of the twentieth century very difficult. Similarly, the reality of the ASP technology has not burst on the business scene full-blown, but has evolved over some five to ten years. Moreover, statistical evidence to define this emerging social and economic reality has lagged behind the writers and commentators who have identified the important features of this significant change.

Next, Concern discusses the engine that is driving the ASP industry. Just as the steam, electric and gasoline engines became the driving forces behind the industrial revolution of the early 1900s, so the Internet and high-speed telecommunications infrastructure are making the ASP a reality today. A resulting 'information processing' industry is the business sector that is providing the impetus for this revolution, with its increasingly improving array of hardware, software, and information products and services. These technologies, in turn, are having and will continue to have profound impacts on business management, competitive advantage, and productivity.

Having set the stage by describing the changing business environment (see Diagram 1) of the Intelligent Enterprise, Recommendation then moves to the need for each enterprise to fundamentally think its corporate strategy. Just as the railroad industry in the late 1800s had to change its mindset from one of buying up large land tracts and laying railroad ties to one of moving goods and people from one place to another, so intelligent enterprises today must reconsider their traditional lines of business as they begin operating in the 21st century. For ASP vendors, it is not just a question of selling a product, but of selling a solution to a customer's problem. This is where the lines between delivering the services and between traditional versus emerging markets are blurring and changing. 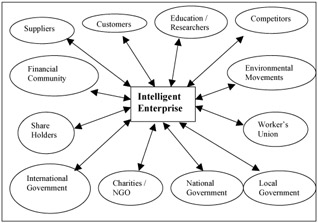 Diagram 1: A Tool for Controlling Influences in a Complex Environment.

The qualitative dimension is as important in an ASP industry as the quantitative dimension. Quality control must be built into the front end of the service delivery cycle, not viewed as a last-minute check to be done just before contracts are reviewed. Here is where the human factor is introduced into our discussion. In essence, the intelligent enterprise is a distributed network of human talent. Within the individual enterprise, outmoded human resources management philosophies must be replaced by modern approaches that maximize the brain contribution to the products and services, not just the brawn contribution. The emphasis of ASP in intelligent enterprises is on working smarter, not just harder. ASP strategy requires businesses to rethink not just the elements of its economic milieu, but its political and social contexts as well. This does not suggest some kind of radical shift away from the profit motive to the quality-of-life motive. But we do endeavour to point out that this strategy presents both risks and opportunities for every business in the 21st century. Much of this discussion implicitly recognizes that doing business in an intelligent enterprise forces suppliers, producers, and consumers into far closer proximity with one another than is the case in an industrial economy.

Finally, we examine the problem of redefining success in the business environment of the 21st century in Future Trend. Central to this discussion is the idea of adding value at each stage of the information systems life cycle. ASP, as a form of technological accomplishment, has little meaning for intelligent enterprises, however, unless ASP's Web Services can be linked to business innovation. The challenge for business professionals is to find ways to improve business processes by using Web Services.

This chapter has been written to take the reader into the 21st century IS strategy paradigm. Utmost attention is paid to integrate the current business and management ideas with the deployment of ASP as one of the new information technologies. Yet, the chapter is rooted in the concepts that have emerged over the decades of development of the IS discipline. ASP in terms of its products and services has continued to evolve over its short history. As these changes have progressed, the landscape of the Internet technology has become crowded with new services, technologies, products and transmission media. As the Internet has continued to evolve with the discovery of new technologies and the integration of "older" technologies such as mobile computers and broadband communications, new opportunities and markets within this area of business have opened up. ASP, as a form of electronic commerce, is the sharing of business information, maintaining business relationships, and conducting business transactions by means of computer telecommunications networks. Similar to the development of the Internet's World Wide Web, ASP has been changing both the ways organisation deal with one another and the way internal corporate processes are carried out with the assistance of telecommunication infrastructures. The capabilities offered by ASP present an opportunity to redesign the business processes of intelligent enterprises in order to reach new levels of performance.

The research which underpins this chapter was not conducted in isolation of the work of others in the IS and related fields. In the remainder of this chapter, some of the existing literature will be discussed under the various headings of theory. Many examples and cases throughout the text have been drawn from international business areas. The purpose is to describe some interesting work, which was the forerunner and inspiration for the research, while maintaining the role of theory and case studies within the interpretive tradition of IS research. The epistemology can be viewed as broadly interpretive, seeing the pursuit of meaning and understanding as subjective, and knowledge as a social construction.